Birchington postman Vince Marsh is slowly on the mend after being hit by a car in Margate on January 6.

The 59 year old was struck while on his rounds in College Road at 10.42am that day.

He was airlifted to King’s College Hospital in London with injuries including four fractured ribs, a broken leg and a shattered knee cap . Vince also had pins down his leg, a fractured eye socket, deep cut to his head and scrapes and bruises. 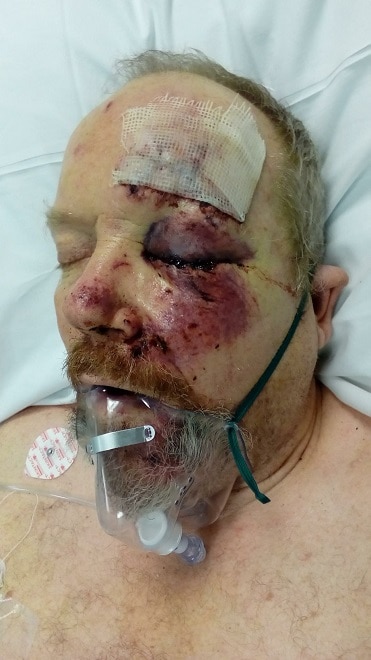 Vince has now undergone an operation on his leg, carried out at St Thomas Hospital, and is expected to move back to King’s College at the end of the week.

A fundraiser page was set up following the accident as a way to say thank you to the air ambulance paramedics who attended to Vince. Members of the public had planned to run the fundraiser for Vince  but the postie and his family said they would like the money to go to the life-saving air ambulance service instead.

The family said: “The idea came up because of the local community and people who Vince delivered to, wanted to do something for him.

“When we were asked about it, we wanted any money raised to go to the air ambulance as we want to show our deepest thanks for what they did for him and the incredible work they do every day.”

A 43-year-old woman from Margate arrested on suspicion of drink-driving in connection with the incident on Saturday, January 6 was released the following day pending further enquiries.