History has been made at Hartsdown Park with Margate FC Under 13s player Laura Aldridge making her debut for the club, becoming the first female player to appear in the county’s leading youth football league.

Playing for The Gate’s team in the East Division of the Kent Youth League, Laura’s appearance against Canterbury Youth on January 7 is an historic one.

Laura, 13, joined the club after playing for Gillingham FC’s Centre of Excellence for Girls. In the three months she’s been with Margate FC, her grit and determination has earnt her a place in the squad. 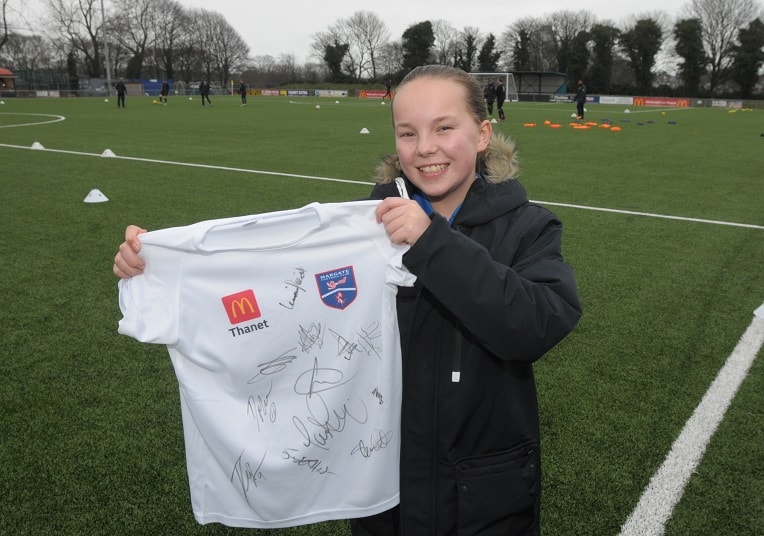 Laura’s Coach Danny said: “Laura has not missed a single training session. She gives 100% and continues to work extremely hard. As manager, I’m extremely proud to be coaching children like Laura, whose attitude is what makes it so easy and worthwhile to do the job we do as FA coaches.

“Although our season has not seen the results we have deserved at times, making history by introducing Laura into the Kent Youth League makes it all worth it and proves that football is an accessible and welcoming game.

“At Margate Football Club, we continue to develop all our children and give them all the opportunity to gain confidence and ability to improve.” 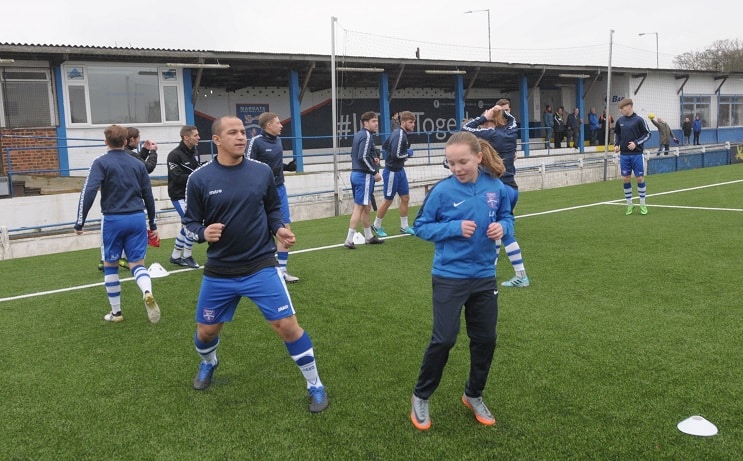 He said: “The League was formed in 1981 and Laura is the first female to have been signed by a club and played in this League. I am very proud that this has happened in my time as Chief Executive.

“I had the pleasure of coaching a girl when I managed a school team who later went on to captain Crystal Palace ladies. She was judged on her ability not her gender and she was better than most of the boys.

“That is how it should be, and well-done Margate for identifying Laura’s talent.” 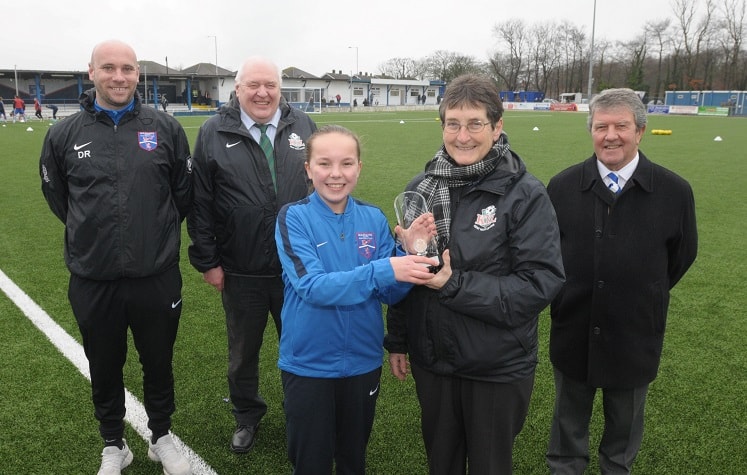 Laura appeared at Saturday’s first team match as the club’s McDonalds mascot. She was introduced to the first-team and took part in their pre-match warm-up before leading the them out with Captain for the day, Tom Wynter.