Pupils aged four and five have been face to face with a dinosaur from 65 million years ago.

The Reception class group at Ramsgate Arts Primary School stared in awe as the past they were learning about came to life.

At first the children were unsure but gradually they hugged, cuddled, even kissed the creature from the Cretaceous Period, finally posing for pictures with their new friend. 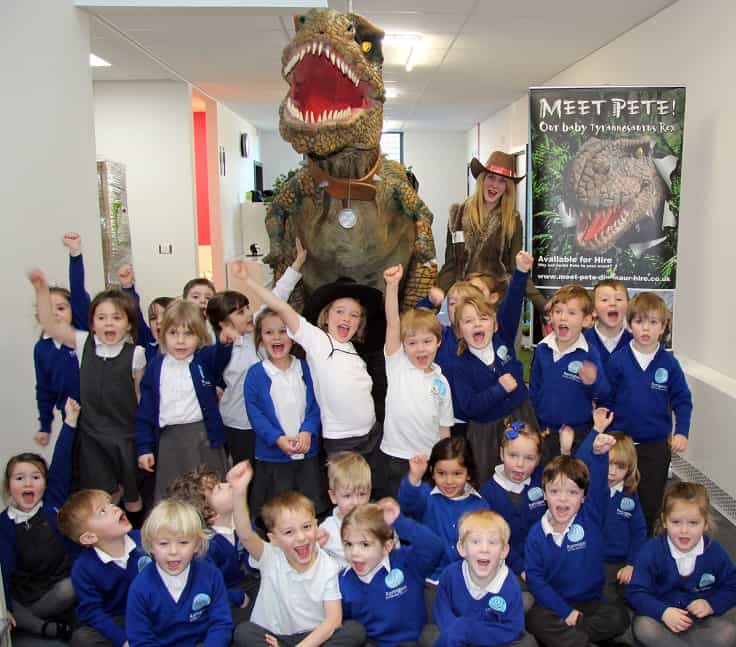 Pete the baby Tyrannosaurus Rex was invited into school along with his ‘handlers’ Ranger Laura and Andy (who helped bring Pete to life inside the realistic costume).

They presented a lively and fascinating animated workshop explaining the rise of the dinosaurs. 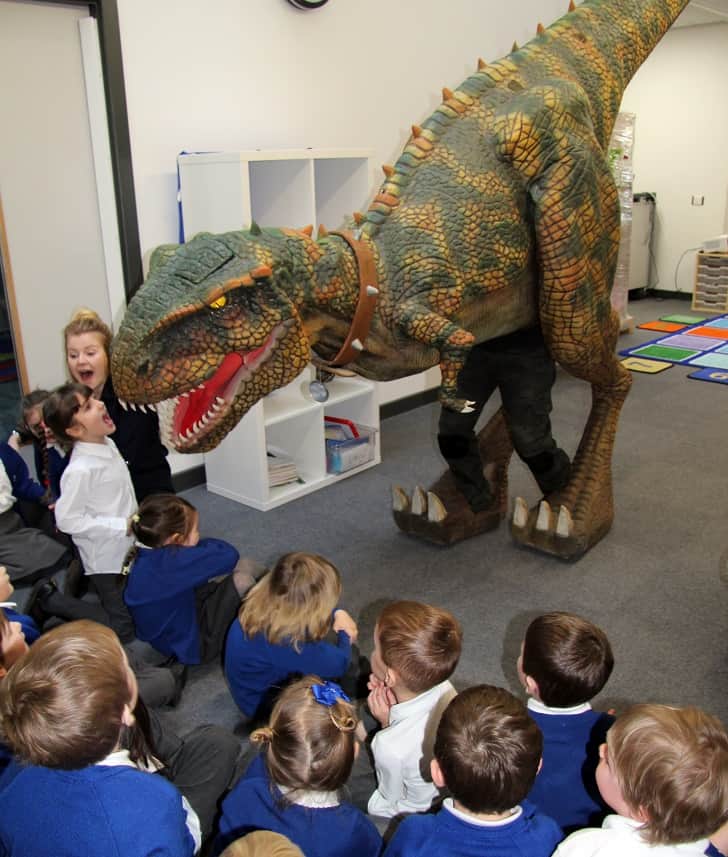 At first using small models, and then progressing to larger hand-animated creatures, Andy and Laura introduced the children to Kota an animatronic baby Triceratops who helped illustrate the difference between herbivores and carnivores, as well as Rita (Pete’s baby TRex sister) and another Triceratops, Bob. 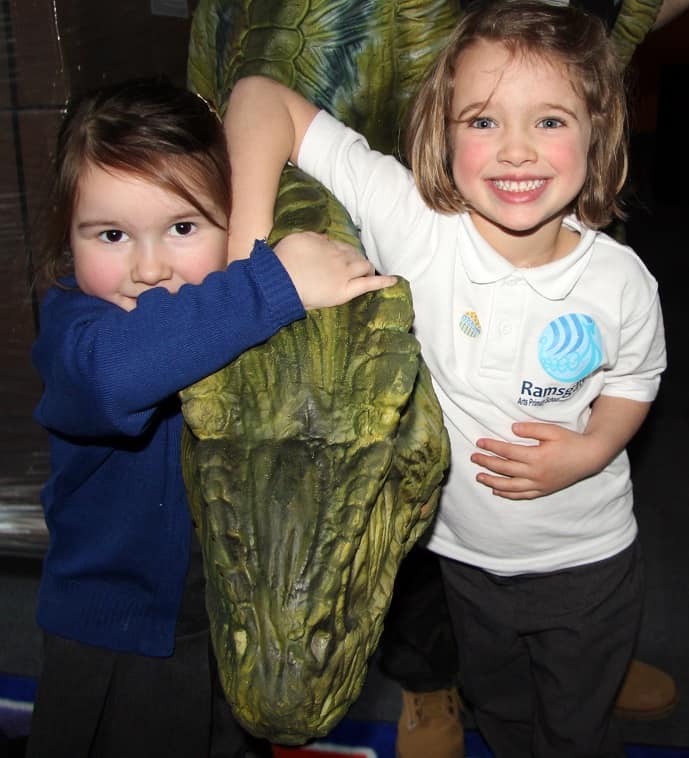 The pupils also handled and examined T Rex replica claw fossils, identical to the real thing in size and weight.

Reception class pupil Isobel said: “It was brilliant meeting Pete and seeing the dinosaurs. It was a bit scary at first because he seemed so big but he was good fun and we hugged him and had our pictures taken with him. It was a great lesson.” 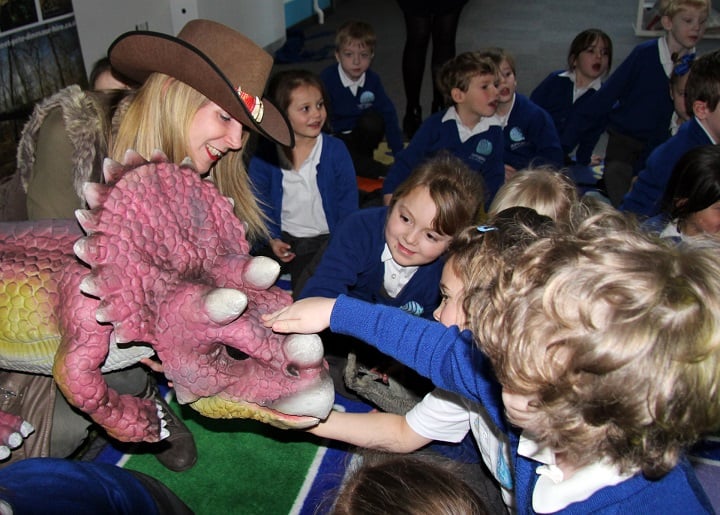 RAPS Head of School Nick Budge said: “Wherever possible we like to give an added dimension to our children’s learning experience and provide an opportunity that really illustrates and reinforces what they are discovering in their lessons. 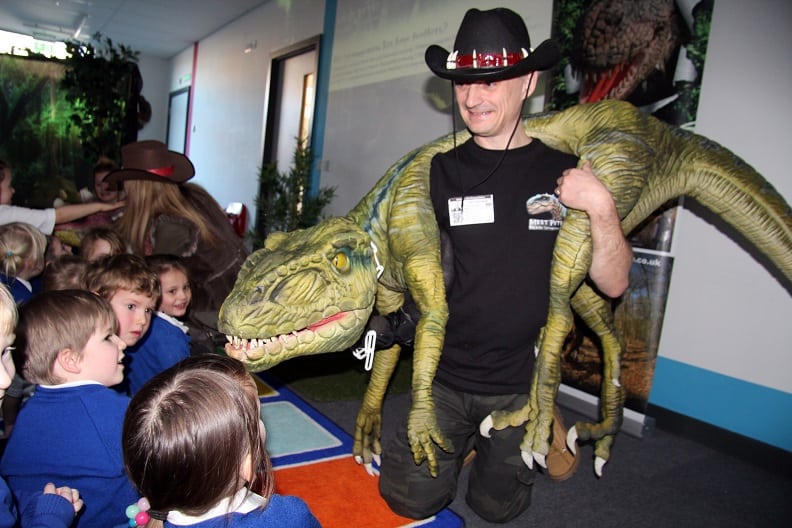 “The dinosaur team were fantastic and it really helped bring the topic to life for our boys and girls.” 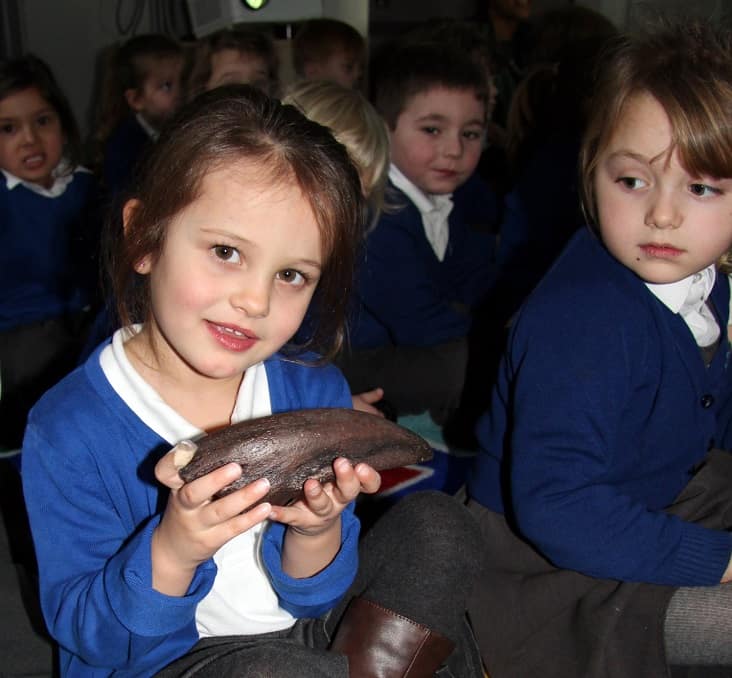 Andy and Laura, who run Meet Pete the Dinosaur from their base in Herne Bay, said: “The children were really engaged and interacted with our animated creatures.

“They knew a lot about dinosaurs already and asked some interesting questions. It was a lovely workshop session.”