A dispersal order has been put in place for Ramsgate town following a disturbance yesterday (January 13).

The order was put in place yesterday evening and runs until 8am tomorrow (Monday) morning.

Kent Police was called at 6.20pm to a report of a group of teenagers causing a disturbance outside the KFC in Queen Street.

Three similar calls were received within the town during the evening and officers attended the area and spoke to a number teenagers. No arrests were made.

Following the incidents the dispersal order was put in place.

The order is one of the tools being used to tackle antisocial behaviour in the town. In October Kent Police confirmed it would use weekend dispersal orders, generally running from Friday 6pm until Sunday 6pm, in response to a catalogue of complaints about disturbances.

Residents and businesses in the town and seafront have logged hundreds of complaints over vandalism, threats, intimidation, fighting,drug dealing and nuisance behaviour during the last 20 months. 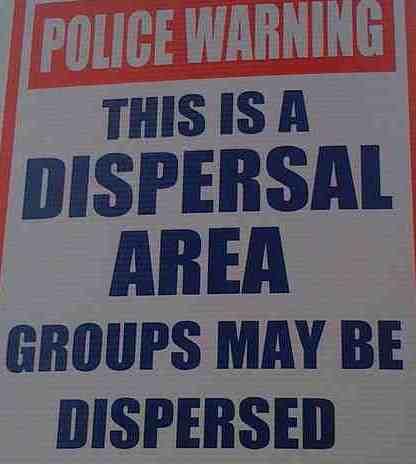 The aim of the orders is to give officers powers to disperse groups of two people or more, if they believe that their presence or behaviour has resulted, or is likely to result, in any member of the community being harassed, intimidated, alarmed or distressed. Individuals can be directed to leave the area and are excluded from returning for up to 24 hours.

Police can also return young people over 10 and under 16 to their home, if they are out on the streets and not under the control of an adult, after 9pm if they are causing, or at risk of causing, or being the victim of, anti-social behaviour.

Last year – up until the end of November – 589 antisocial behaviour reports were recorded for the Central Harbour area, which covers the town, according to the crime statistics available: