Members from the British Divers Marine Life Rescue team have had another busy day.

The volunteers were called out this morning (January 7) to a seal pup trapped on the prom at Beresford Gap. The pup weighed in at just 12kgs, making it around 18kgs underweight. 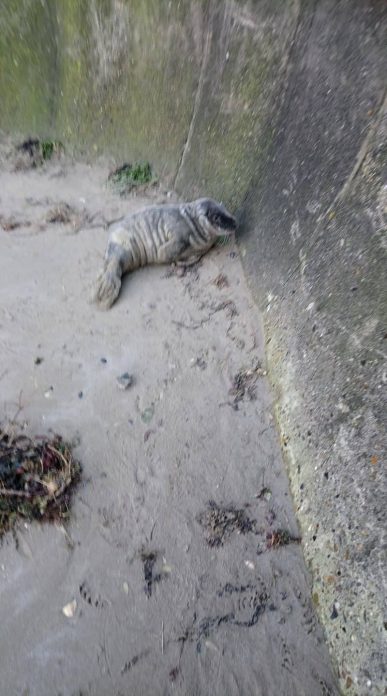 The team caught the pup and it has now been taken to the RSPCA centre at Mallydams Wood. 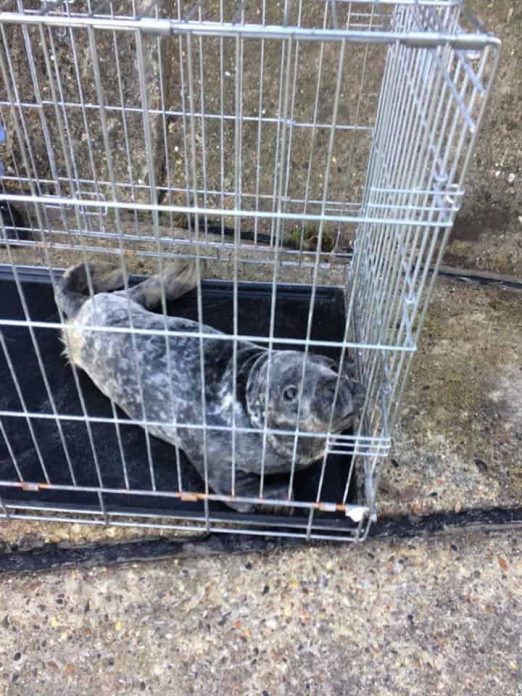 The volunteers were also called to Kingsdown after a sighting of a seal suspected to be the poorly adult spotted at Minnis Bay yesterday (January 6).

It was at first thought this was a different seal to a sick adult who evaded capture on Ramsgate beach last month. But now BDMLR experts say it was indeed the same one.

Volunteers Shelia Stone said: “Our coordinator checked pictures of the Ramsgate seal against the Minnis Bay one and concluded that it was the same creature but looked smaller as it had lost so much more weight, but it had the same scars and marks.”

The seal was put to sleep by the RSPCA with BDMLR AND Coastguard in attendance. The animal was elderly and suffering from disease.

A volunteer posted: “He was old, skinny with possible skin pox as well as an infection in his left eye. therefore he was put to sleep by the RSPCA today with BDMLR AND Coastguard in attendance.”

The BDMLR is an organisation dedicated to the rescue and well-being of all marine animals in distress around the UK.

Find out more about the BDMLR here