A Margate alleyway overflowing with debris has been cleared after The Isle of Thanet News yesterday revealed the frustration of a family who were having to wade through the mess every day.

Margate mum of two Michaela Pocock told how she had been pleading with Thanet council for three years to have a regular clean up of the alley behind her home in Margate High Street.

Unlike other properties running alongside, Michaela’s front door access is in the alleyway – meaning the school run with her eight year old daughter involved wading through rubbish, faeces, broken bottles, syringes and even a burnt out motorbike. 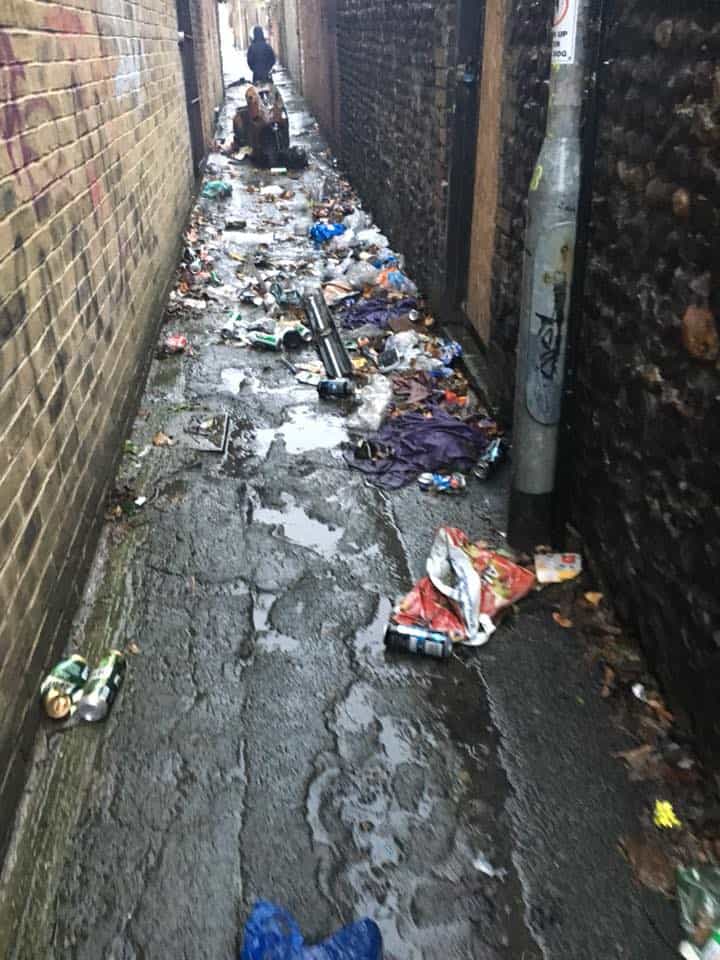 Michaela, who works at The Hoy, has lived at the property above the former Holland and Barrett shop with partner Neil Adams and their daughter, eight, and 20-year-old son, for four years.

Waste in the alley has been a constant problem for the last three years.

Following our story Thanet council sent out its street cleansing team to clear the alley.

Michaela said: “I can’t thank you enough. With your help it has been sorted and cleaned and I will get the broom on the bit they missed in the middle. It’s such a shame that I had to go to these lengths to get it sorted!” 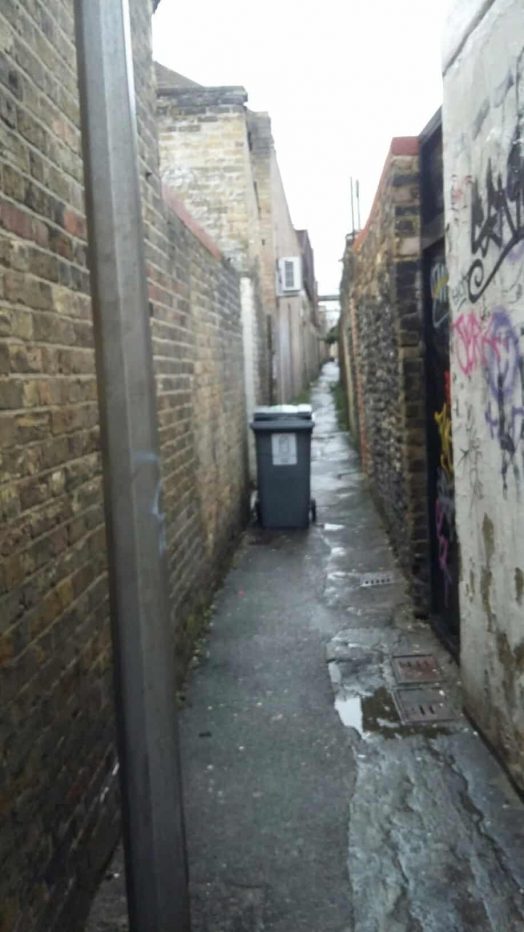 A Thanet council spokesman said: “Littering and fly-tipping are ongoing issues in alleyways such as this one and the council will not hesitate to prosecute those responsible through fixed penalty notices.

“It is important to realise that while the council has a responsibility to remove litter and fly-tipped waste from public property, residents or businesses should be aware that they may be responsible for certain unadopted alleyways next to their property.

“In those cases, it is their responsibility to keep them clear as the council is not responsible for the cleaning or maintenance of private land or unadopted alleyways.

“Residents can report issues with littering and fly-tipping at https://forms.thanet.gov.uk/forms/form/9/en/fly_tipping  – or via the MyThanetApp which can be downloaded from Google Play or Apple iTunes.”

Kent County Council has also pledged that the streetlights – that have not worked for at least four years – will be replaced in the next fortnight.

A spokesman said: ““The last time we had a reported fault with the lights in this location was in April 2014.

“KCC can advise that the lights are due to be converted to LED which will provide better and more reliable lighting in the alleyway.

“The lights are due for conversion within the next two weeks.”