A petition has been launched asking Kent County Council to install a zebra crossing on Northdown Road in Cliftonville.

Resident Terry McElligott is appealing for the authority to create the crossing on the road between the Athelstan and Dalby Road junctions following a series of accidents.

The section of road has been the site of numerous incidents including one in 2016 where a casualty was airlifted to hospital. Two serious injury incidents were also reported this October within just nine days of each other.

On October 8 a man was taken to the WHH in Ashford after being hit by a car at the Bath Road junction. He suffered injuries to his head and abdomen.

Teenager Connor Lammin was  hit in Northdown Road on October 15.

The 16 year old was left with both his shoulders broken and had to have the operation at the QEQM Hospital in Margate to put the ball and socket in his right shoulder back in place.

The former Hartsdown student, from Margate, had 27 staples in his right arm and pins to hold the bones in place.

On October 24 a boy was hit by a van and suffered a leg injury.

In August, further along Northdown Road a man in his 90s died after being hit by a motorbike. 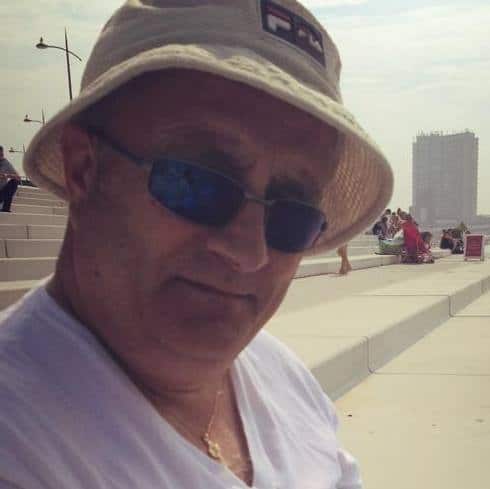 In his petition Mr McElligott (above) says: “This is a busy area with pedestrians constantly crossing the road here to access shops in this vicinity, some being convenience stores which are open early for long hours through the day and well into the night.

“The area is high in residential and commercial use and there are no other pedestrian crossing facilities here. Also a lot of road users speed along this section of Northdown Road which makes it dangerous due to no road safety measures in place at this site for pedestrian.

“To confound things further there are also bus stops on either side of the road between these road junctions with pedestrians stepping out from buses and walking into the path of other vehicles.

“We implore KCC to install a Zebra Crossing here to make it considerably safer for crossing this busy road.”