Robbers who left staff and customers in Coral in Ramsgate terrified have been jailed for up to five years.

The court heard how Barry burst into the King Street shop at around 6.45pm and leapt up onto the counter where he threatened the manager with a knife and demanded cash.

The man was able to press his emergency alarm button before being forced to fill a pillowcase with cash. Barry then ran out onto the street.

The incident was reported to Kent Police immediately and officers carried out a search of the area.

Following the review of CCTV Barry and Line were spotted together planning the attack. Barry was also seen committing the offence and his fingerprints were left at the scene. Both men were arrested. 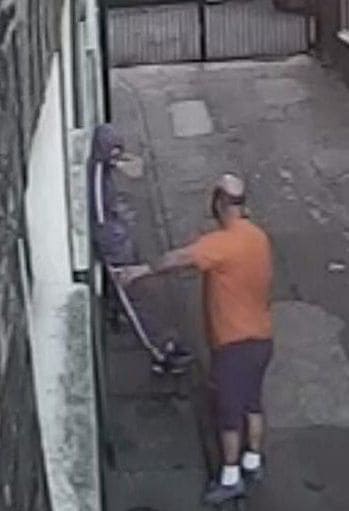 Barry admitted robbery and was sentenced to two-and-a-half years in a Young Offenders Institute at Canterbury Crown Court on Monday 18 December.

Line denied the charge of conspiring to rob the bookmakers but was found guilty following a trial at Canterbury Crown Court on the same day.

He received a five-year prison sentence, which took into account two burglaries he’d admitted to carrying out in Ramsgate. He stole cash from a garage business in Margate Road on Wednesday 30 August and vodka from a supermarket in Boundary Road on Saturday 12 August.

Investigating officer DC Kerry Whiting said: “This was a terrifying incident for the victim who was threatened with a very large knife. It was clearly pre-planned and was carried out during a very busy Bank Holiday, which led to a number of customers running out in fear for their lives.

“From the CCTV we can see Line coaching Barry outside into carrying out this attack and therefore I’m pleased that both of them will serve time in prison.

“This will not change the lasting impact it’s had on the victim but I hope it reassures the public that we won’t tolerate violent crime.”