An Explorer from the 6th Ramsgate Sea Scout Groups and Young Leader Rebecca Cannon was selected as one of four young people out of 105 RN Sea Scouting Groups around the country to represent RN sea scouting at the Commissioning Ceremony for aircraft carrier HMS Queen Elizabeth.

Rebecca, selected for her commitment to RN sea scouting, her personal achievement in sea scouting and her service with RNLI Ramsgate Lifeboat, was involved in the preparation of the ceremony held at the Royal Navy base in Portsmouth on Thursday. She was among those who formed the Honour Guard at the entrance to the hangar deck through which Her Majesty arrived.

The ceremony marked another step towards Britain regaining a working aircraft carrier after the defence cuts of 2010.

The £3.1billion vessel is the largest and most powerful ever built for the Royal Navy. 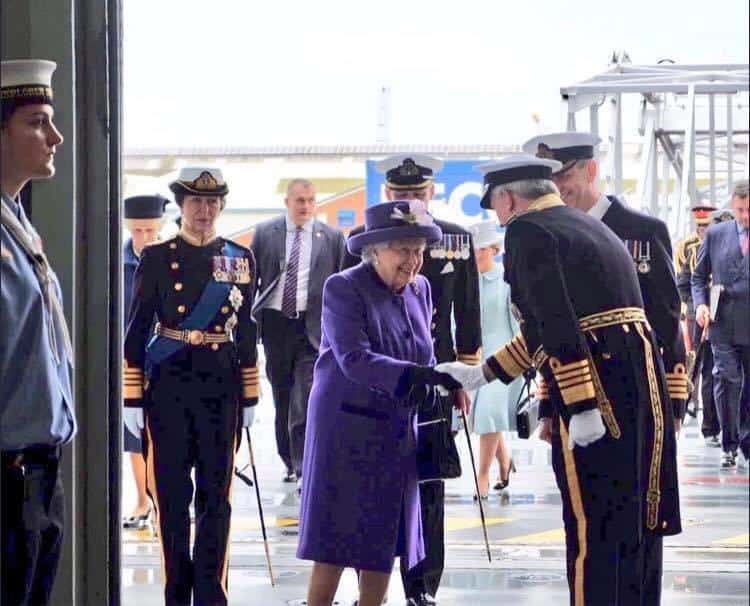 In a speech, HM the Queen said: “We are gathered here in Portsmouth just a short distance from HMS Victory, a flagship of our seafaring past and a reminder of the debt we owe to the Royal Navy which for more than 500 years has protected the people of this country and our interests around the world.

“Like HMS Victory, HMS Queen Elizabeth embodies the best of British technology and innovation, a true flagship for the 21st century. The most powerful and capable ship ever to raise the White Ensign, she will in the years and decades ahead represent the country’s resolve on the global stage.”

The 900ft-long carrier cannot yet deploy planes but F-35B Lightning fighter jets will make their trial flights from the carrier’s deck next year. 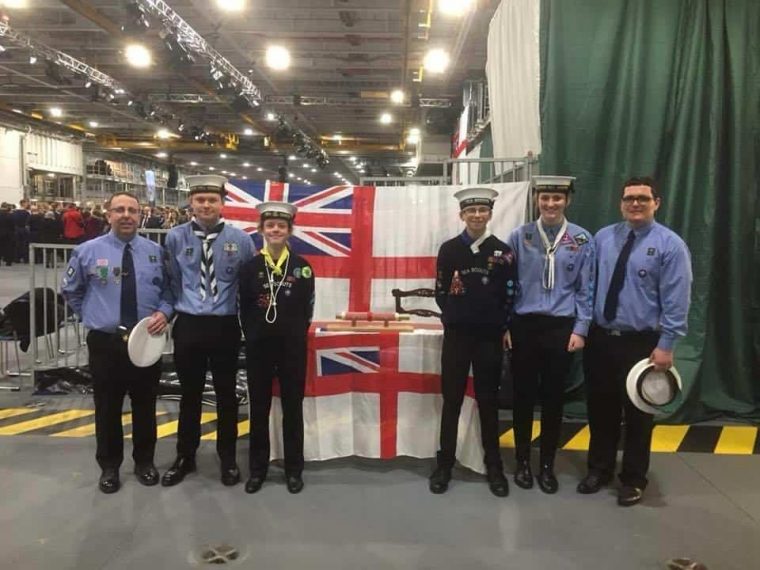 Following proceedings,during which they welcomed the carrier into the fleet, Rebecca and the other Explorer and Scouts were interviewed by the 1st Sea Lord, Admiral Sir Philip Jones.