Children in Broadstairs have taken a magical history tour back to the days of Victorian England.

Year 5 pupils and staff at Upton Junior School dressed in period costume as they explored what life was like for children and their families in the 19th century.

Top hats and tails, crepes and crinolines were on show, and there were plenty of workhouse children, climbing boys, chimney sweeps, serving maids, lords, ladies and even Queen Victoria. 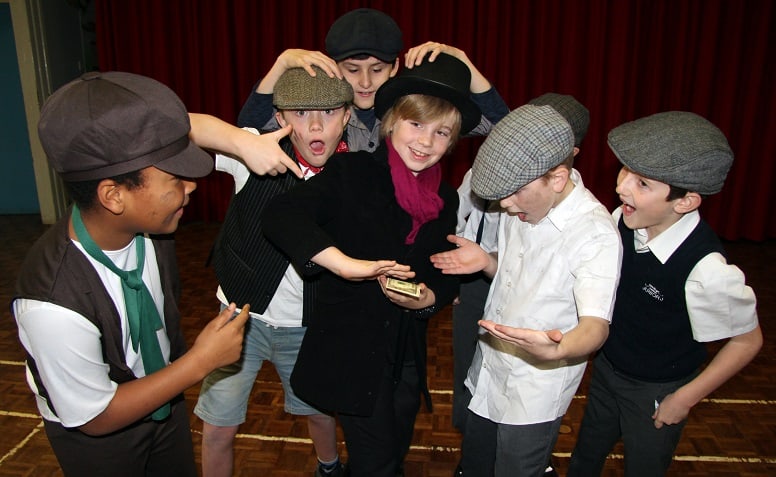 Teacher Paul Coleman, complete with mortar board, gown and cane, turned the clock back in his Victorian classroom with strict learning in serried ranks of chairs – and there was also the dunce’s hat for anyone who stepped out of line.

Head of year 5 Nicola Sedgewick said: “We looked at Victorian life as part of our topic work. The children enjoyed a whole range of activities through the day including sewing a Victorian style sampler and creative decoupage. 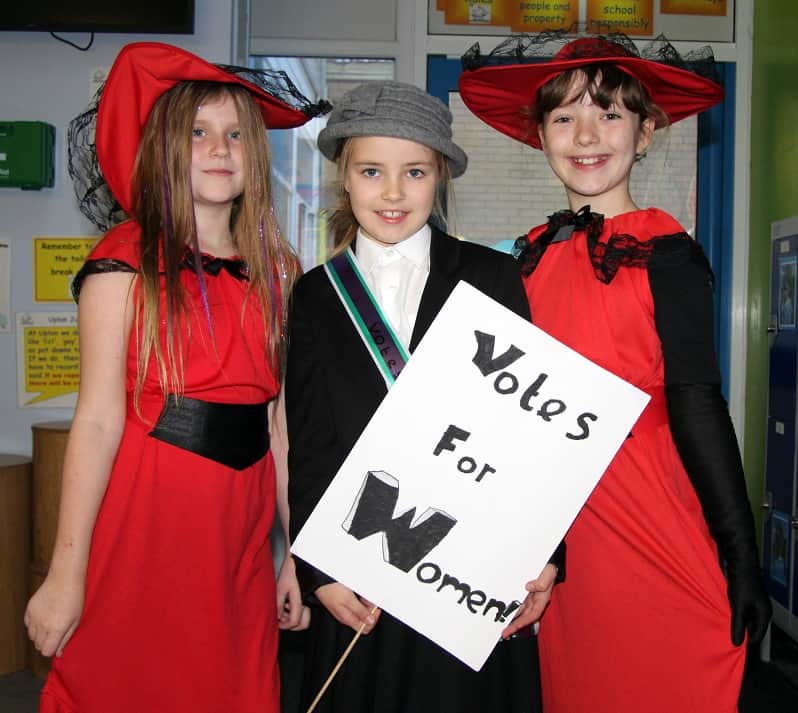 “The Victorian classroom gave them a real opportunity to interact with the topic, and KIC Theatre also visited to explain through drama and story about Victorian childhood and the sort of jobs children would face such as working in the factories and coalmines.”

Head of School Darci Arthur added: “Our themed learning days really help children use their imagination as they delve into topics such as Victorian England which also encompassed the British Empire and the industrial revolution from the mid1800s. 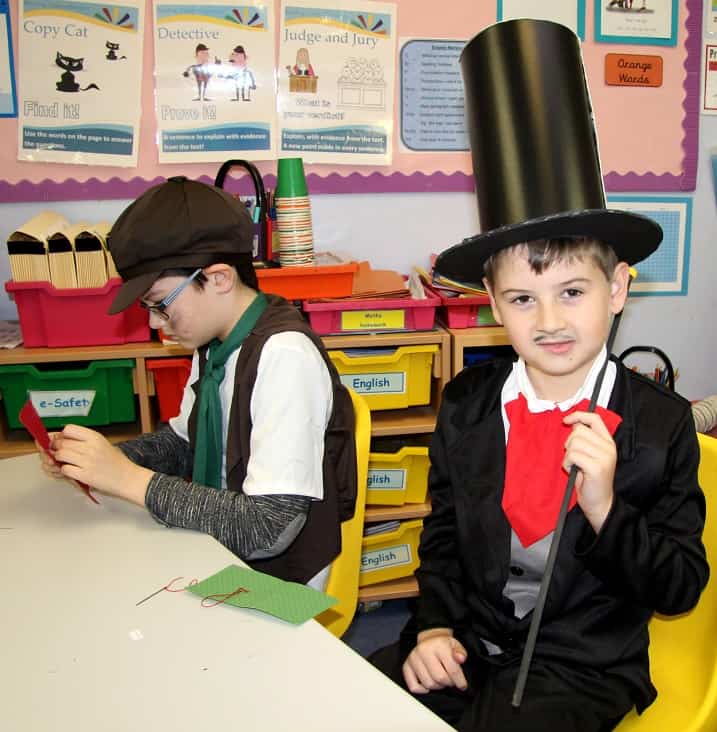 “They gained an understanding of the social heritage and culture of this important period in our country’s history. The explored new skills and discussed how so many people lived against the backdrop of large-scale poverty set against the lives of the very rich.

“As well as a great way to reinforce learning, it was also great fun and I was amazed at how many fantastic costumes were on show from our pupils and staff.

“In Broadstairs we have a very strong link with the Victorian era. Our children know that the Victorian novelist Charles Dickens lived and wrote in our town, and many of them see the many different Dickens Week activities every June. This was their chance to get dressed up and experience a little of Dickensian life for themselves.”