This was a first visit for the Thanet first XV to their hospitable Sussex opponents who were promoted as Champions of Kent League One last season. Lewis Stone was welcomed back at scrum half for Wanderers after over a season out.

On a cold sunny afternoon the home side started brightly but the Wanderers defence was firm. After conceding an early penalty, field position was patiently built. A strong drive from the pack drew in defenders and quick hands hurried the ball to Charlie Knight who brushed aside attempted tackles to touch down wide left. The prevailing cross wind pushed Nick Herbert’s conversion attempt wide but Thanet led 0-5.

Jay Morbey looked sharp with strong tackles and good clearances from hand. Brett Scott and David Lemon worked well in tandem to catch a defender in the in goal area drawing a five metre scrum but the opportunity was lost when a penalty was conceded. Thanet were threatening and on 25 minutes a five metre scrum was re-set, Number eight Andy Letts picked up and darted over for his third try of the season and Herbert added the extras. 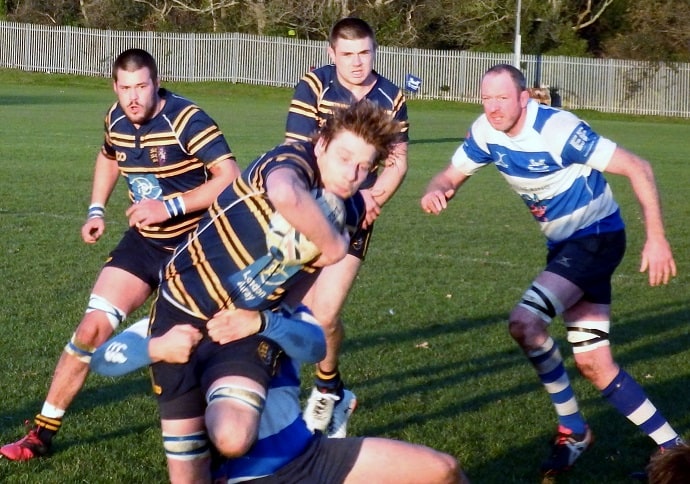 It was nearing half time when an attempted Hastings 22 drop out was charged down and a penalty forced which was taken as a scrum. Stone again ensured the ball was quickly in Knight’s hands and the predatory winger rounded the defence to touch down under the posts for Herbert to make it 0-19 at the break.

Wanderers looked set to continue in control early in the second half when a penalty led to a lineout just twelve metres out. A good turnover by Hastings also won a penalty but when it didn’t reach touch first Letts followed up by Scott caught and ran the ball back strongly. With around half an hour remaining Warren Riddell-Broomfield and Kieran Wright made way for Jay Sanford and Arek Arkadiusz.

A series of penalties was conceded and some momentum was lost. A strong attack by the home side was pushed back but with twenty minutes remaining a misjudged pass was gratefully received by a home player who ran in under the posts to make it 7-19. A couple more penalties again set Thanet back before Club Chairman Danny Clement was shown a second yellow in as many weeks and the relieving penalty was reversed. Hastings swiftly applied pressure up front and powered over under the posts.

The conversion attempt rebounded from a post leaving it at 19-12 with Hastings sensing a comeback. The cool head and safe boot of Herbert extended Wanderers lead by three points as the game moved into injury time but the hosts were not to be denied their losing bonus point. Uncertainty in defence was followed by a good bounce that was seized on by the hosts before a dash to the posts made the final score, after conversion, 19-22.

Head Coach Tom Carlier was disappointed his side was unable to maintain their first half form citing a failure to hang on to possession and making too many unforced errors but after recent disappointments it was a win and four points. Lewis Stone was quickly back into the groove and his speed of decision and leadership played a large part in today’s win. He was the coach’s Thanet man of the match. 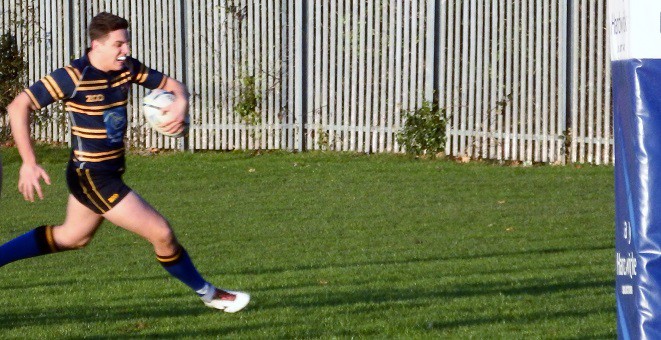 A true game of two halves then, with plenty of excitement in the closing quarter as the home side fought their way back into contention. Thanks to Hastings for their welcome in the warm clubhouse before Wanderers shivered their way back to Broadstairs in an unheated coach. There’s a week off next Saturday before second placed Wanderers face third placed Bromley at St Peters on  December 9 in London League 3.(Kick off 2pm).