A new company that involves beer, Planet Thanet and arty labels (did we mention beer?) blasts off this weekend.

The Four Candles micropub and brewery has teamed up with The Offy, both in Broadstairs, to create The Planet Thanet Beer Co.

Candles boss Mike Beaumont and Offy owner Julie Harmer have teamed up to offer adventurous, experimental stronger beers in smaller (330ml) bottles and bring them to an unsuspecting populace under a new banner. First on the launchpad is the 6.1% ABV Seagull Attack Juniper Rye. 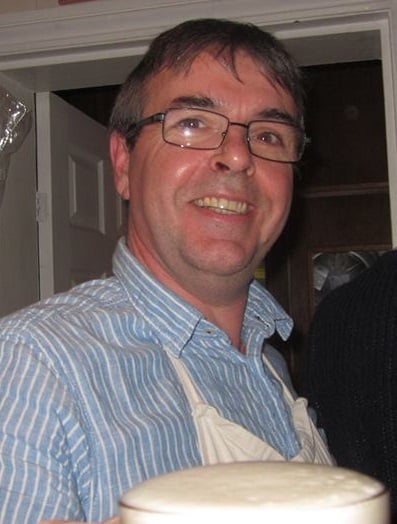 Dad-of-three Mike, who opened The Four Candles in 2012, followed by the site’s microbrewery in 2014, said: “People wanted stronger beer and smaller bottles and we thought the new company and Thanet labels would be a different way of introducing them to the public.

“There are more beers, and labels, on the way. ” 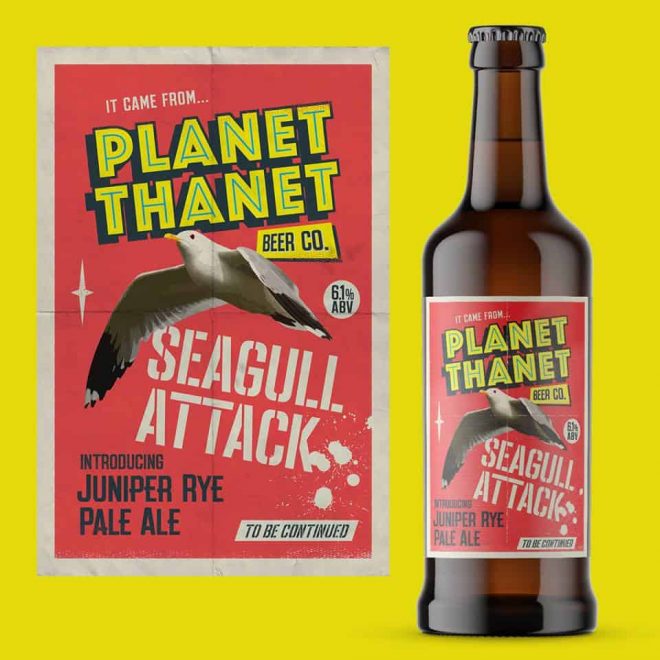 Mike, 54, has created some 225 different beers since getting into the micropub business following redundancy from his former job.

He will continue to create an ever-changing range of 500ml “Four Candles” bottled beer in the cellar of Britain’s smallest brewpub in Sowell Street.

The new Planet Thanet beers will cost £3 per bottle.