Thanet Roadrunner Paul Galt is undertaking the mammoth task of running ten marathons in 10 days.  He is running the athletic challenge as part of the Saxon Shore Seaside Series, which is organised by Saxon, Vikings and Normans Marathons.

Paul set out on Friday (November 24) and will run ten consecutive marathons at various locations around Kent including Deal, Samphire Hoe, and Margate, up until December 3.

The married father-of-four served as a soldier for five years but now works as a chef. He started running again about four years ago. 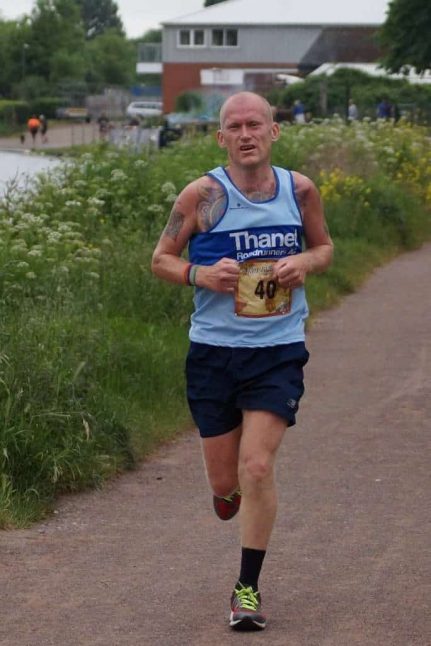 Paul said: “I had put on weight and was very unfit, so I needed to make a change. I took up running and eventually progressed to marathons, running a couple over the first two years.  However last year, I caught the marathon bug and ran ten!  This year I have run 31 marathons and by the end of the year, I would have completed 43.

“I just love this distance.  It challenges you in so many different ways.  I thank my wife for being so supportive,without her; I could not achieve so much.’

If you want to keep track of where Paul will be running, visit the dedicated webpage at  http://www.saxon-shore.com/10×10/2017.html