An appeal for witnesses has been issued after a police chase ended with two cars crashing into a Ramsgate pub in the early hours of this morning (November 26).

Police were pursuing a black Vauxhall Viva travelling in Margate Road after failed to stop when requested to do so by officers at 2.13am.

The vehicle was involved in a collision with a silver Peugeot 307 at the junction of Margate Road and Newington Road at 2.18am.

Both cars then hit the Hare and Hounds pub, on the corner of Northwood Road.

The Peugeot driver, a 40-year-old man from Thanet, was taken to hospital with an arm injury.

A 20-year-old man from Ramsgate, suspected to be the driver of the Vauxhall, was uninjured.

He was arrested on suspicion of dangerous driving, theft, possessing a bladed article and possession of herbal cannabis.

He remains in custody as enquiries continue. 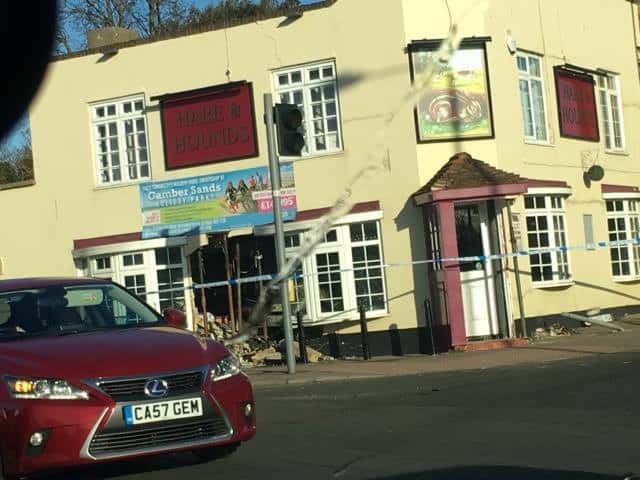 The pub is open for business today after structural engineers visited the site to assess safety.

No police cars made contact with either of the vehicles but the matter will be self-referred to the IPCC, as is standard procedure.

Kent Police’s Serious Collision Investigation Unit would like to hear from anybody who witnessed the collision, or who may have seen the vehicles travelling in the moments leading up to it.

They are particularly keen to hear from drivers who may have dash camera footage.