An application has been made to Thanet council to build a four-story property with a shop and seven flats on ‘scrubland’ in Margate’s Old Town.

Elevation Homes LTD has submitted a planning application for land at the side of 3 Duke Street.

In a design and access statement for the project gdm architects say: “It is proposed that a small, niche retail unit will accommodate an area of the ground floor, the frontage has been angled to pick up views from The Parade and link these two areas together.

“The angled section also assists in enhancing the pedestrian link between the proposed building and no.7 Duke Street to Queens Arms Yard.

“The tight, urban fabric of the site does not readily cater for family dwelling units, therefore a number of one-bedroom flats have been proposed.”

Three objections to the proposals have been lodged with TDC. One says: “The building is not in keeping with the character of the street, it is not pleasing on the eye in any way. I cannot believe that this would be allowed to be built in a conservation area, it is called the “old town” and tourists come to visit for the character of it, this building would ruin the look of the street.

“ It shows no respect for the other old buildings. I am concerned of the impact that the build will have on my house which is very old – movement in the ground, access for materials, dust which could damage and make my house very dirty, the passage way being blocked.”

An application for a four-storey build on the site was previously approved in 2007. 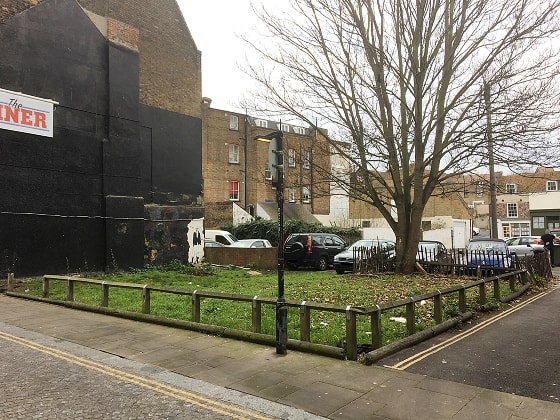 The plot was sold by Thanet council at auction in February. It brought in an astonishing £200,000 above the guide price.

The site formed part of a larger redevelopment scheme known as the Queen’s Arms Yard. It had planning permission that is now expired and the plot was to have included two retail premises and six flats. The freehold guide price had been £50-£70,000 but it sold for £270,000.

Thanet council is yet to make a decision on the new application.