There’s one issue that seems to divide the nation these days and it’s rubbish.  Literally, rubbish.  Waste, litter – whatever you want to call it.  There is an alarming amount of litter seemingly abandoned across our fair isle, from carelessly discarded plastic bottles, bags, food wrappers, alcohol cans and bottles to fly tipping of domestic appliances and homewares … it’s a real problem.

Reporter Vikkie Richmond takes a look at the problem and meets one man who is tackling it head on:

According to figures from the Kent Resource Partnership, in 2014/15, the county of Kent produced 711,380 tonnes of waste, 45.61% of which was recycled or composted. Over 11% of waste went to landfill sites, but much of the rubbish that should go in bins ends up in our gutters and bushes and along pavements littered with weeds.

In the 12 months in Thanet up until March 2017 there had been nearly 1700 fly-tipping incidents costing the council a total of £109,550 in cleaning up more than 1500 tonnes of the resulting waste.

However, all is not lost.  Over the last year or so, a quiet revolution has been gathering momentum in Thanet.  Groups such as ‘Thanet’s Litter-Picking Community (TLC)’ and ‘Westgate Against Rubbish’  have been springing up on Facebook and community sites like  Nextdoor.

Individuals or organised groups in hi-vis jackets have quietly going about their business with grabbers and plastic litter sacks, or doggedly attacking pavements and gutters with trowels to dig up the persistent weeds that grow like wildfire during the summer months. 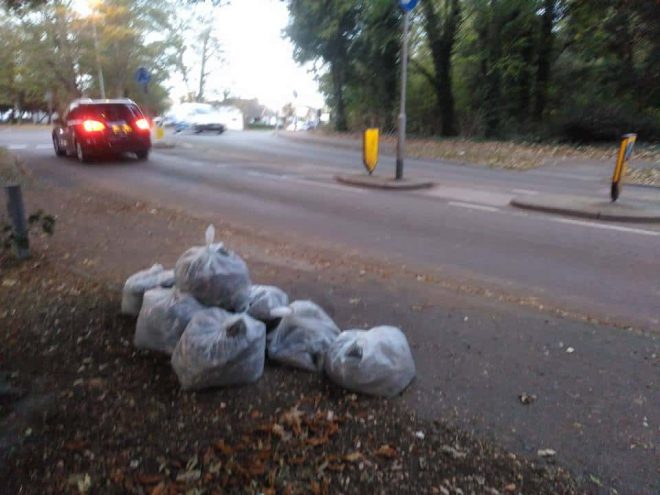 These are people who are tired of seeing a proliferation of rubbish and weeds on our streets, parks and beaches, who love the town they live in and want to make it better for everyone, yet don’t ask anything in return.  One such individual is Ricky Cowell, instigator of the recent ‘Weed Weekend’ and admin of several of the aforementioned Facebook groups, including ‘Take Pride in Thanet’.

Having moved from Essex to Thanet as a teenager, Ricky is passionate about the area, having lived here for nearly four decades.  During that time, he’s seen a lot of changes, but the growing avalanche of rubbish and weeds is something that really bothers him.

He said: “I wanted something the everyday folk, me and others, could do in our own time – no rules, just do our bit.

“It’s all about not closing your front door and thinking ‘that’s it’, more go outside and pick up the litter outside your home, make it look just that little bit better.”

That’s what people have been doing; the weed weekend saw many posts on Facebook of ‘before’ and ‘after’ photos where people had cleaned and swept pavements and gutters.  New posts appear every day with pictures of bags of rubbish placed neatly next to council bins, some of which are already overflowing.

All of this is very inspirational, but it begs the question of why KCC or TDC are not taking responsibility for the issues?  Ricky believes it’s a sign of the times, a problem that has been caused by the continued decrease of funding to local authorities.

“[It’s] a lack of old fashioned street cleaners”, he told me. “People who care and want to do the job, and we need more bins, not less.”  What about the weeds, though?  We’ve all driven down roads in Thanet and seen pavements that are choked with wild fauna?

“The weeds have been bad this year.  We know the cutbacks have hit everything and at the end of the day, [it’s] people that put the litter down, but the weeds are bad and there should be no need for that.” 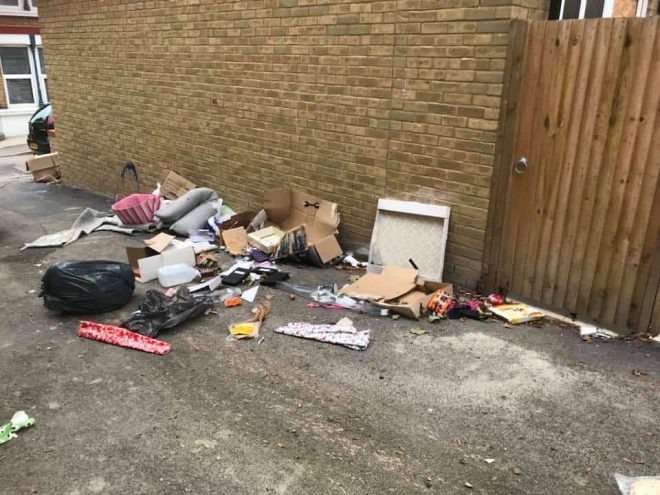 Ricky is perhaps surprisingly magnanimous towards the authorities; after all, with mounting pressure on councils to do more with less, the situation will continue to get worse.  As he says: “Doing the litter to me is like giving back; I would never have done anything like this years ago, would have said ‘it’s not my job’, but as you get older you come to realise what means a lot. This is just my little way of helping.”

Indeed we can all do our bit; next time you walk down your street, take a look around – is there any rubbish that you can pick up and put in the bin?  Can you remove the weeds from the stretch of gutter outside your house?  If you’re walking on the beach or through a park and you see a can or a crisp packet, pick it up – put it in a bin.

Ricky has the last word, in a nutshell: “It’s all about taking pride in the local area, it’s all about giving something back – we are lucky to live in such a nice area that has it all, sand, sea, parks and so much more”.