There was a slightly unfamiliar look to the Wanderers line-up and with many regulars patched up to play this was always going to be a stern test. Bromley who won the Vase at Twickenham in 2015  are clearly keen to make the return trip and started confidently on their way scoring six tries without reply.

Excellent playing conditions underfoot were not matched by the constant drizzle that fell throughout as Wanderers got the tie underway playing down the slight slope. The hosts were quickly on the board with a converted try following a hack ahead that bounced luckily for the chaser.

There was no luck about tries two and three which gave the home side a 19-0 lead after twenty minutes. Hard won possession for Thanet was too easily turned over making it difficult to maintain any pressure on the home line. On the half hour mark a couple of quick penalties were conceded to set a good attacking position for the home side. Quick hands and some fragile tackling were enough for Bromley to score their fourth try which was converted to make it 26-0 at half time.

A planned substitution saw Nathan Stout replace No 10 Peter Macaulay at half time. The veteran had once again showed his class after an early return from injury. His replacement was soon finding a long touch from a penalty and two good turnovers hinted at better things.

There was no dissent from Danny Clement to the yellow card for a marginally high tackle. Bromley cemented their lead by taking the three points for 29-0. Lock Arek Arkadiusz’s break saw him clear for a few seconds but his kick ahead, as he ran out of steam, was cleared. Around sixty minutes scrum half James Langridge and tighthead Joe Carlier required lengthy treatment. Thanks to Bromley’s physio for her assistance to Thanet’s Monique Boorman who rounded off a busy week with an hectic afternoon here.

The front row was able to resume his strong performance but the No 9  had to withdraw with Stout switching to scrum half. Wanderers rallied but were unable to cross the home line and Bromley signed off with two more tries before today’s excellent ref blew for time on a 41-0 defeat for Wanderers. There were good contributions from the bench in the final quarter from Ethan Wright, Regan Doody and third team skipper Andy Boulton who stepped up as front row sub. 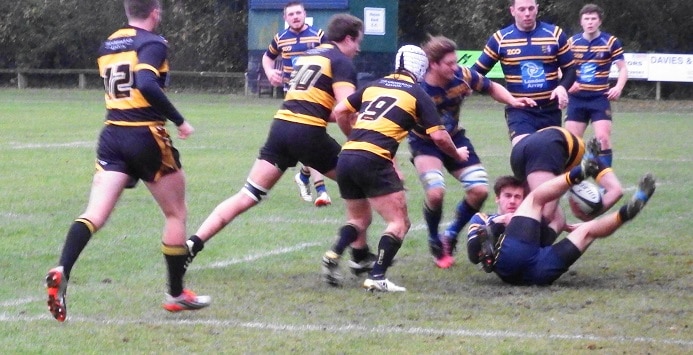 Head coach Tom Carlier found no fault with the spirit of his side but the lack of cohesion in defence proved costly. Kieran Wright showed well in a season’s first start in the back row where Captain Brett Scott topped the tackle count with an inspirational display. Warren Riddell-Broomfield started at hooker today rather than in the back-row and his all action display including many splendid saving tackles earned him Thanet’s man of the match award. Bromley, who were well served by their backline today, move on to to the third round where we wish them well

Another long trip next Saturday to Hastings and Bexhill RFC for a league match. Kick off is 2.30pm.