Two applications to build homes at Cliffsend have been deferred to Thanet planning officers for approval .

Both applications have been made by Edward Spanton Farms and both have received a significant amount of objections from village residents. 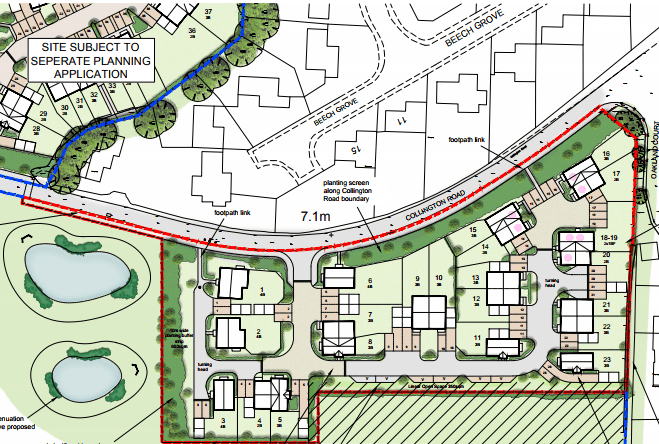 The application for 23 homes is on 0.9 hectares of agricultural land across from Oakland Court. It follows on the heels of an application, also by Edward Spanton Farms, to build 65 homes on land east of 40 Canterbury Road West.

In a design report to TDC it states there will be 30% of affordable homes, adding: “The affordable housing would be a range of flats and houses with both rented and shared ownership properties available for families and single households.”

Properties would range from one-bed flats to four-bed homes.An access road into and out of the site onto Cottington Road would be created as well as a footpath and a possible link to a path to the proposed Thanet Parkway Station. Two additional pedestrian and cycle access points are proposed to the north of the site that would link on to this footpath.

The second application is for 41 homes on agricultural land to the north of Cottingham Road.

Developer contributions for the 1.47 hectare site will be £129,636 towards primary school provision (works at St.Lawrence in Thanet CE Primary School), £92,032.20 towards secondary school provision (Phase 1 expansion of Ursuline College), and £1,968.65 towards libraries. There would also be £38,952 for Newington Road Surgery.

Both applications received 136 letters of objection with concerns including the use of agricultural land for development, a lack of doctors, schools and shops in the village and fears that combined with other applications and 156 homes recently granted approval the village will increase by 35 per cent.

Concerns were also raised over sewerage and a pond shown on the plans. Residents and Cliffsend Parish Council say the village already suffers “significant mosquito infestations,” and “water supply and sewerage issues.”

Detailed applications for both schemes still need to be submitted for approval.