A war memorial plaque has been replicated on stone from the Flanders district in Belgium and is due to be installed at Birchington Recreation Ground.

The ground was donated to the people of the village by the headmaster of Woodford House School, Arthur Erlebach, as a memorial to all those who fell in the Great War.

Mr Erlebach lost his three sons Henry, Arthur and Teddie in the conflict. Their names are inscribed on the Birchington War Memorial.

Arthur presented the memorial ground for sports and recreation to the village in 1924 in memory of the three boys. 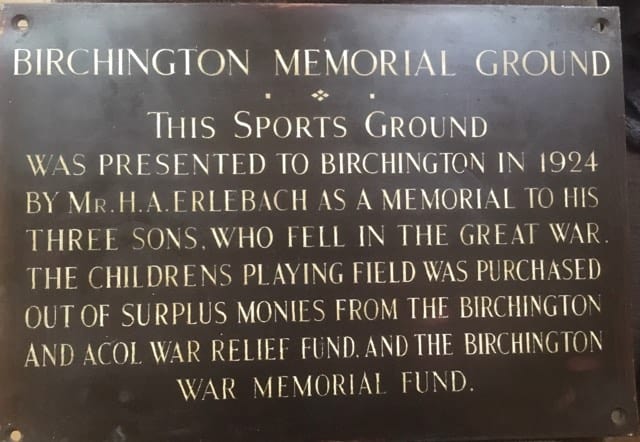 The plaque was discovered by ward councillor Suzanne Brimm, who has now organised for it to be replicated in stone before being polished, placed in a presentation cabinet and handed to the Erlebach family. The plaque will then be given to the recreation ground owners, currently Thanet District Council.

Cllr Brimm, who is also vice chair for the Thanet branch of the CPRE (Campaign to Protect Rural England), said: “I rescued the plaque from the dilapidated changing rooms at Birchington following many years of rumours that it had been stolen as the changing rooms had been broken into many times.

“Birchington residents are always very worried about this land being developed and to install a reminder to future generations why this land was gifted to Birchington is the right thing to do. Our parks and open spaces are very precious and need to be protected.”

Brett Aggregate has donated the main boulder for the monument and Canterbury Stone and Marble, based in the village, have worked on the plaque, both businesses giving their time and skills for free.

Twenty-five Birchington villages also clubbed together to pay the planning fees for the application to place the monument in the recreation ground. 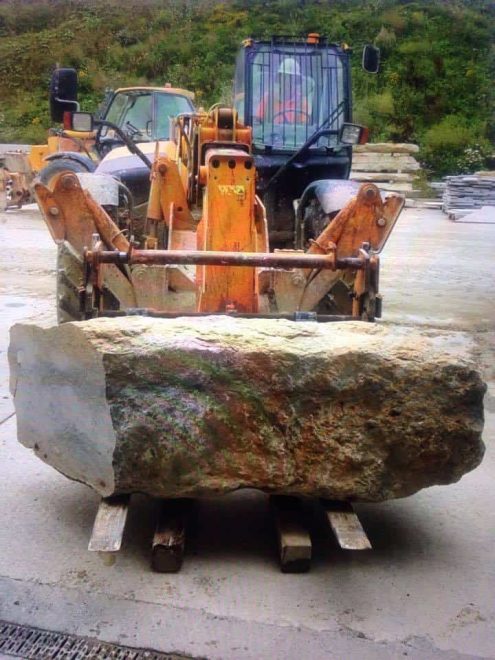 Cllr Brimm said: “I asked Brett’s Aggregate for a boulder and transport which they supplied free of charge. I had a very interesting day at the quarry and then it was brought in to Birchington via a HGV. It is currently being worked on free of charge by Canterbury Stone and Marble who are using stone sourced from Flanders, which is very fitting as this is where the sons lost their lives in the First World War.” 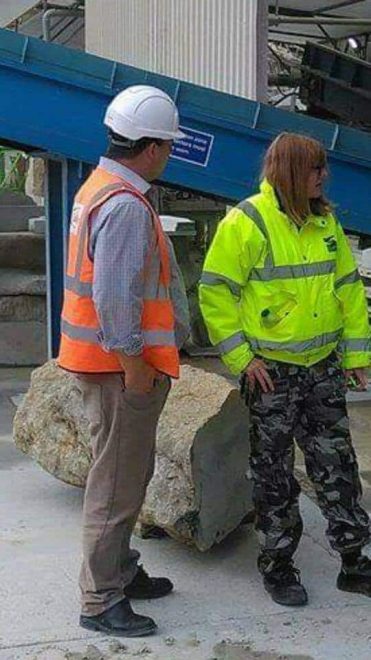 James Linsey, from Canterbury Stone and Marble, said: “This has been a collaboration. Brett’s brought the block of Kentish Ragstone to our yard and we have mounted the Belgian Blue Stone plaque on to this.”

The monument is expected to be completed early in the New Year when it will be taken to the recreation ground and unveiled by a member of the Erlebach family.

Thanet and the Great War

Find out about Thanet in the Great War at the 100 miles for 100 Years – Kent World War One website. The site list walking trails with markers that tell the tale of Kent towns during conflict.