.At 11am Toby Rayleigh Strutt was hoping to make his first XV debut from the bench as a back row sub but at 2.30pm he was running out to start at Hooker instead, following the withdrawal of a sick Jon Walker-Smith.

Tom Kemp turned up just before kick off to watch brother Phil play but found himself on the bench as a front row sub replacing a relieved Head Coach Tom Carlier. With injuries and non availabilities selection is not easy at the moment.

It all started so well. Thanet’s kick off down the slope was knocked on and James Langridge’s quick ball from the resultant scrum was transferred to inside centre Jay Morbey who powered through tackles to touch down. Nick Herbert’s conversion gave Wanderers a dream 7-0 lead after three minutes. 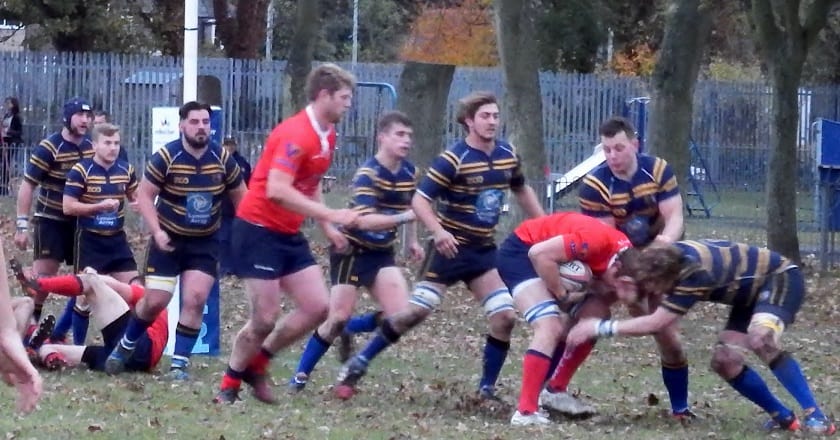 Wanderers were on top in the early exchanges but penalties conceded at promising attacking positions saw them pushed back. The visitors set up an attack when an attempted clearance was charged down and Morbey’s turnover eased pressure. Captain Brett Scott led two breakouts but these were not built on. Aylesford were looking increasingly dangerous and it was no surprise when they scored a try that was unconverted.

Following a team warning for persistent offside Scott was the unlucky one to be yellow carded at the next occasion. Two minutes later, as a little edge crept into the game, Herbert for Thanet and the Bulls scrum half also found themselves sidelined for ten minutes. Thanet’s scrum weathered the storm well with Joe Carlier anchoring a depleted pack strongly. Errors multiplied with cold hands on both sides spilling ball after ball.

When a Thanet penalty failed to reach touch a good chase did set an attacking position. A penalty advantage from a five metre scrum looked set to bring points for the home side before, to the surprise of both sets of spectators, the referee signalled the advantage was over. A knock on from a probing Bulls kick at the other end put Aylesford on the front foot but good defence finally drew a penalty and the danger was cleared. The half time score remained at 7-5 to Wanderers. 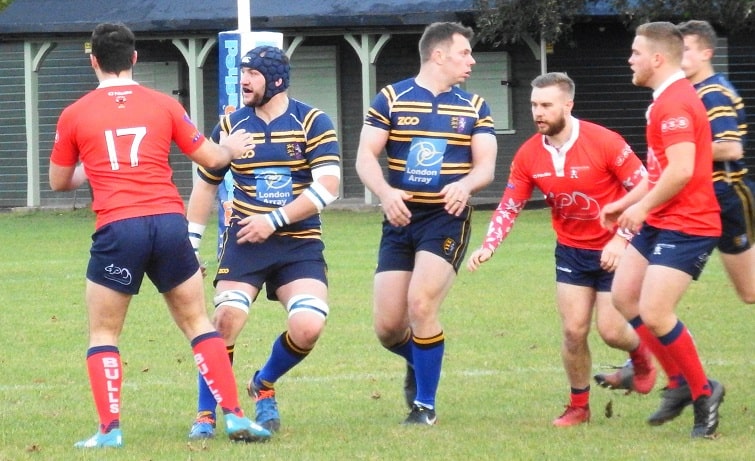 Dave Lemon caught well from the kick off but a breakdown offence gave the visitors a penalty opportunity that went wide in the gusting cross wind. Henry Mirams, playing at outside centre  today,  made a big tackle but seven minutes into the second half Aylesford quickly switched an attack from right to left for an unconverted try and a 7-10 lead. Arek Arkadiusz now took a break after another good shift to be replaced by Kieran Wright.

Two good tackles from winger Reece Hougham, the second after a typically speedy chase, put Wanderers on the attack. A lineout was stolen and Danny Clement broke clear only for there to be a penalty at the breakdown. Full back Isaac Roe’s tackle was a likely try saver although at the other end possession was being wasted as errors persisted. Rayleigh-Strutt, after a very competent display, was now forced off with a nasty blood injury. Thanet’s defence stood firm against a big offensive but once possession was regained, an attempt to run out of defence, rather than kick, proved costly.

A third try to Aylesford opened up an eight point lead with time running out. Back came Thanet with a big attack with the big men Andy Letts and Adam Gaddes prominent. A penalty attempt from Herbert also fell foul of the wind and slid past the post. Another penalty was given from close to the left touchline and after debate over whether an option to go for posts or kick for touch had been declared the referee reversed his original penalty decision and the opportunity was gone.

For Wanderers an unsatisfactory end to a disappointing match where Aylesford were the clear winners by three tries to one. 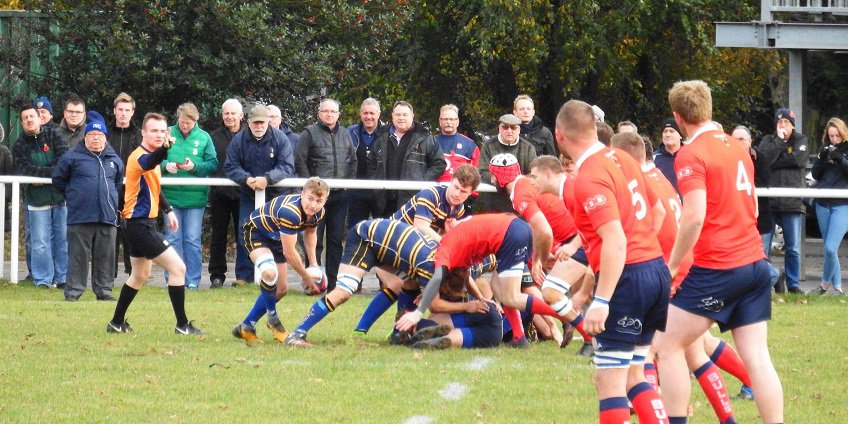 Head coach Tom Carlier cited poor decision making and over elaboration with far too many basic errors as factors in the defeat. Reece Hougham has progressed steadily and this was certainly his best performance in a first XV jersey, he was the Thanet coaches’ man of the match

Next Saturday, November 18, the team travel to Bromley for a second round RFU Senior Vase fixture with a 2pm kick off.