The funeral of actor, musician and composer David Malin was held in Thanet today (October 20).

Mr Malin was the stepson of actor John Le Mesurier and father to actress Emma Griffiths Malin. He passed away in September aged 59.

He was born in Broadstairs. The family lived in Ramsgate where mum Joan Le Mesurier continued to stay after the death of John in 1983 from cirrhosis of the liver.

David was born on June 10, 1957. His father was Mark Eden – birth name Douglas Malin. He was a student at Christ Church and then Dane Court.

He later also had a property in Ramsgate where he spent a lot of time with his long-term partner. His work included The Unforgettable John Le Mesurier, The Modernista and John Le Mesurier: It’s All Been Rather Lovely. 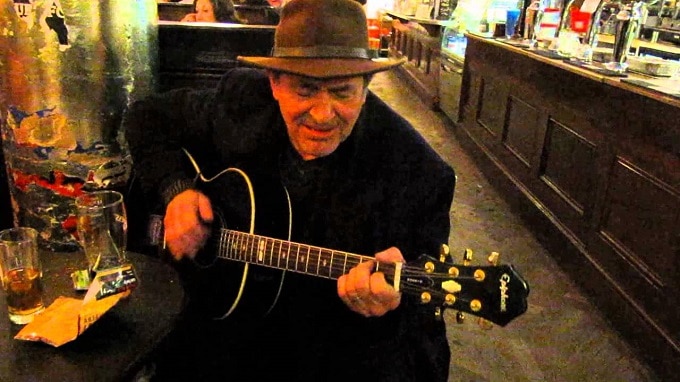 A funeral procession travelled to Ramsgate seafront, ending outside one of David’s favoured spots – the Belgian Café.

The cortege was led by David Sanger with his horse and wagon.