The reports to be published are the pre-Submission draft plan, the Sustainability Appraisal and draft Transport Strategy, alongside other supporting documentation and the Thanet Landscape Character Assessment.

Following publication and consultation the draft Local Plan will be submitted to the Planning Inspectorate for Examination.

Consultation was carried out earlier this year on revisions to the plan included axing the aviation-use only designation at Manston airport and putting forward two new isle sites at Manston Court Road and Haine Road.

Some 1,531 individual comments were received during this consultation and all comments are now available to view online.

The revisions also included a small change to the location of the proposed Thanet Parkway Station and new roads.

How many new homes are planned?

The rise is due to government projections in March 2015 following the latest Census data.

The council carried out a review based on the fresh data, resulting in the higher housing rate.

This level of housing may need to rise even further following a government proposal to standardise the way local authorities work out housing need.

New proposals could see that figure rise to more than 20,000 homes, raising the requirement from 857 dwellings per year to 1063 dwellings per year. This figure would be applied by government if the draft local plan has not been submitted for Examination by 31 March 2018.

Some 1,555 homes have already been constructed; another 3,017 have been given planning permission; 2,700 are accounted for through windfall housing –sites that have historically had planning approval and may be put forward again – and 540 are already empty homes.

This leaves 9,328 properties to be accommodated.

A campaign to reopen the site has followed.

RiSP is now embarking on a Development Consent Order for the site through Central Government.

A Cabinet meeting on October 25 is expected to agree the publication of the plan with new revisions made as a result of public consultation. 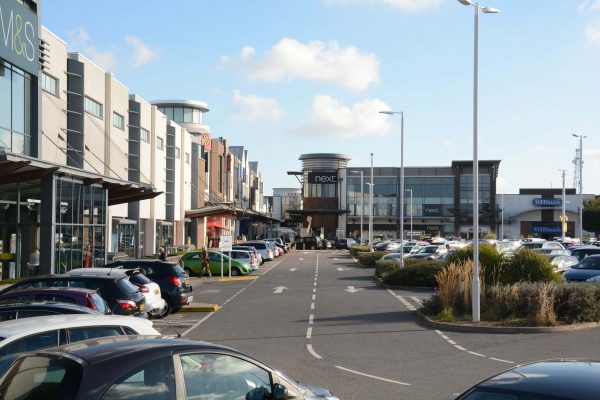 The retail need at Westwood has been revised down to 23,903sqm to the end of the plan period from 36,280sqm. Retail need for the main towns is revised down to 39,171sqm.This is due to a reduction in spending power in the “High Street.”

Identifying a new site to accommodate advanced manufacturing and requiring the provision of community/business space on the strategic housing sites.

A local green space will be afforded the same protection as Green Belts and new development will not be permitted other than in very special circumstances.

Gas Depot site in Northdown Road, St.Peters to be removed from draft plan

Westwood Lodge to be removed from Green Wedge area

Site known as Lanthorne Court, Broadstairs (up to 56 dwellings)

56ha of employment land, meaning an addition of 8.5ha allocated at the Manston airport site

A Supplementary Planning Document (SPD) for the Westwood retail area, detailing pedestrian connectivity and the goal of transforming Westwood into a cohesive town centre;

Policy support for new education and health facilities at key locations in the district;

Cllr Lin Fairbrass, Cabinet Member for Community Safety and Environmental Services said: ”We would like to thank everyone who took the time to provide us with feedback. Their comments have helped shape the Draft Local Plan, which will be published in the New Year. The council is committed to a planned and controlled approach to development, which supports growth as well as maintaining Thanet’s green and welcoming environment.”

“The final stage of the Local Plan process prior to submission to the Planning Inspectorate is referred to as ‘Publication of the Draft Local Plan’. Members of the public will have a further opportunity to comment on the Draft Plan when it is published in January.

“Feedback will be submitted directly to the Planning Inspector, when the document is submitted for independent Examination. Anyone wishing to speak in front of the Inspector must submit a comment at this stage. Previous consultation responses will not be put forward.”

The report to Cabinet detailing the next steps and outlining the council’s responses to main issues is available to review here.