Vikings and Romans will again lay siege to Ramsgate during next year’s Royal Harbour History Festival.

Hundreds of re-enactors will take to Government Acre where two camps will be created for visitors to get a taste of life from ancient Britain.

In the Viking camp people will be able to immerse themselves in the dangerous times of the 9th century when the warriors from Denmark brought their raids to the shores of Kent.

Warriors, craftspeople, and Icelandic horses will bring the skills and culture of these fascinating visitors to life.

As well as weaponry and training for war there will be skilled artisans demonstrating textiles, metal and wood working, medicine and cooking. 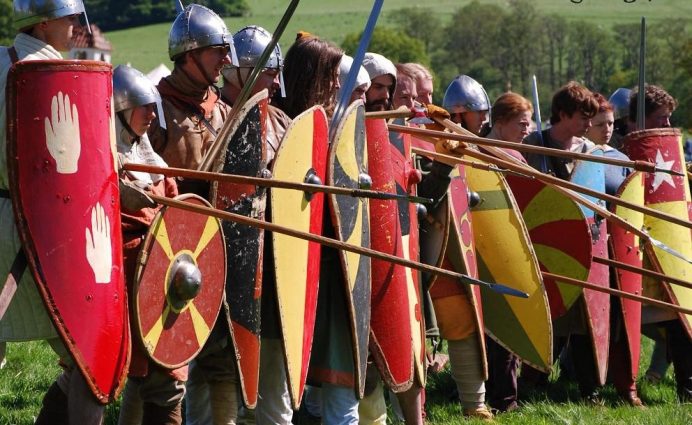 Visitors will be able to experience Viking culture up close with accurately reconstructed clothing, arms and armour and all the other artefacts they would have brought with them.

Stepping even further back in time will be the Roman camp where visitors will see the Legions and experience at first-hand how they lived, the clothing they wore, the armour and equipment they used and the new skills they brought to the Celtic shores.

The camps are being brought to next June’s Ramsgate Harbour History Festival by Past Pleasures working with Griffin Historical.

Mark Griffin, of Griffin Historical which works with organisations such as the National Trust, the British Library, Hampton Court Palace and the Tower of London, will bring in hundreds of reenactors including 50 Roman soldiers and 100 Vikings plus woman and children and rare breed Viking horses. 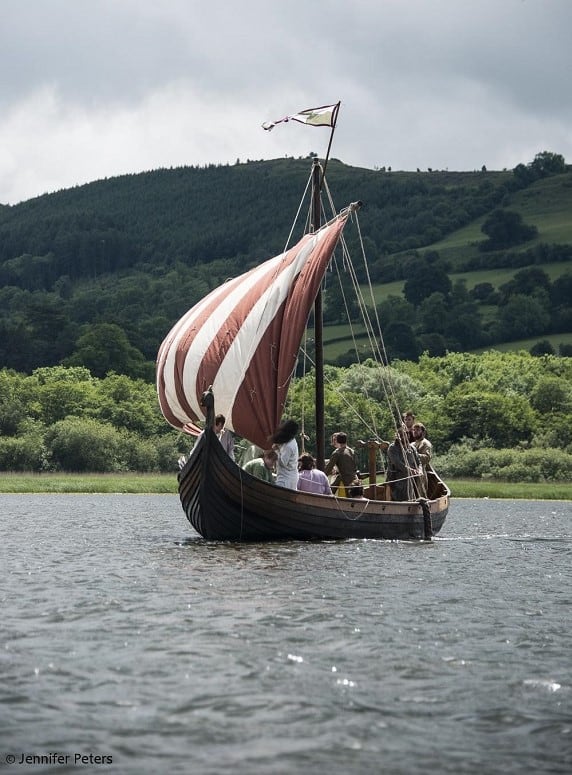 He said: “We put the living flesh on the bones of history. There will be Viking warriors and Roman Legions. People can meet the Vikings, of 1,100 years ago, and the Romans from 2,500 years ago.

“They will be able to see how they lived, the clothing they wore, all the bits and pieces of daily lives.

“We are also hoping to get Viking long ships on the beach below as they would have been raiding the coast in around 834 AD.

“It will be a chance for schools, on school’s day, and then the public to sample history up close, try weaving the textile, handling weapons, have a go at things for themselves in an immersive experience.”

The event will include craft and martial demonstrations as well as giving visitors the chance to take part in activities such as a drill with the war band, striking a coin, learning how to mix an ointment and grind flour and more.

The festival’s Viking living history camp has the support of the Royal Danish Embassy. 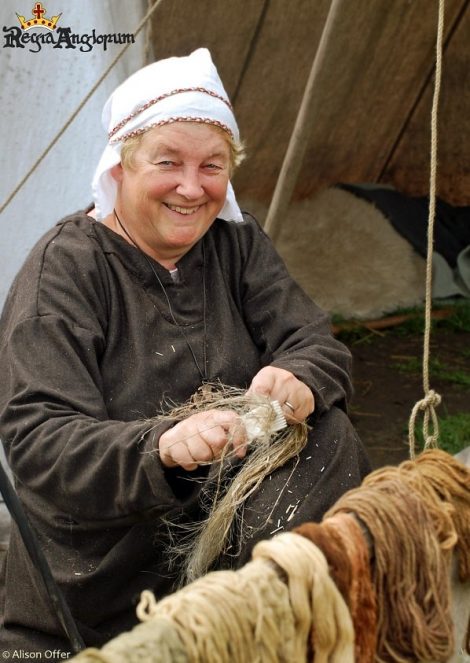 The festival, from June 15-17 next year, has reorganised the event structure so that it is in three distinct areas, making it easier for visitors to experience everything on offer.

The other two sites are, firstly, the World War One and Two Living History experiences, to be staged at the Ramsgate Tunnels and along the Marina Esplanade. These will be orchestrated by eminent military historian Andy Robertshaw. He will also be working with Past Pleasures, the UK’s oldest professional costumed historical interpretation company which holds Europe’s largest contract for daily live re-enactments  for Historic Royal Palaces.

The central point of the festival will be at the Royal Harbour, where two marquees will be home to a variety of talks spanning 2,000 years of history, alongside the presence of the Royal Navy, the Dunkirk Little Ships, the RNLI and representatives of the Confederation of Cinque Ports.

Mark Wallis, from Past Pleasures, said: “Living history characters will include Queen Victoria, the Prince Regent, St Augustine pilgrims, Pugin, various people famous and not so well-known across 2,000 years of history.”

The festival, which is designed to highlight Thanet and East Kent’s rich coastal and maritime heritage, will also feature a Dunkirk Experience, a Royal Navy vs Royal Harbour cricket match on the notorious Goodwin Sands, a festival parade led by the Royal Marines Band,  flypasts and aerial displays, lectures, a Schools’ Day, a 1940’s Evening, a commemorative service and a Royal Marines concert. There will be free and ticketed events.

Tickets are expected to go on sale in December.