His departure is a result of voluntary redundancy as Thanet council restructures following the failed East Kent councils merger bid. The authority now has to save an additional £2million per year, requiring ‘significant restructuring.’

Mr Kenyon took up his role at the start of 2016. He left a position as chief officer for Health Partnerships at Leeds City Council and moved his family to Thanet. 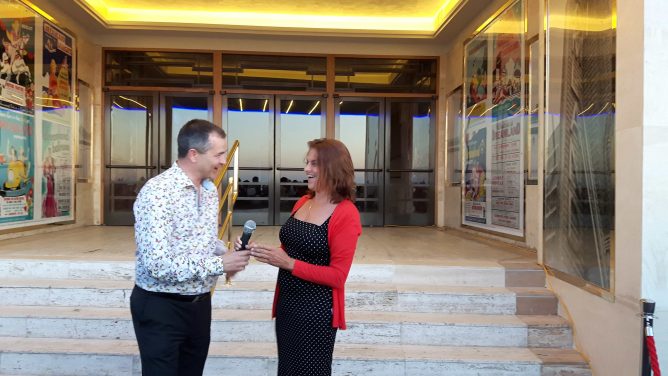 He represented Thanet council at the switch on of the neon Dreamland sign with Tracey Emin in May and was involved in the now axed Pride in Thanet awards.

He also championed Thanet tourism and the creative industries.

In his former post in Leeds he had been responsible for establishing the Health and Wellbeing Board and Integrated Commissioning Executive.

Mr Kenyon will continue in his work as a non-executive director with Solace in Business (SiB), formerly Solace Enterprises Limited,which is a consultancy specialising in supporting the public sector.

“As the East Kent merger did not materialise, the council needs to save an additional £2million per annum and Rob appreciates that delivering further efficiency savings will require significant restructuring.

“Rob has been offered the chance to undertake a leadership programme over the next year, aimed at aspiring Chief Executives.

“Having delivered an ambitious programme of improvement and reform, he has offered to take voluntary redundancy which will allow him to take up this exciting opportunity and enable the organisation to restructure more effectively.

“Rob remains committed to Thanet’s development, and he and his family are looking forward to playing an active part in the future of the Island as local residents.”