The charges relate to the distribution of leaflets in Thanet and Canterbury, and the posting of online videos during the trial of three men and a teenager later convicted of raping a 16-year-old girl above the 555 takeaway in Ramsgate.

In May 555 owner Tamim Rahmani, Shershah Muslimyar, 20, formerly of Hovenden Close, Canterbury; Rafiullah Hamidy, 24, formerly of High Street, Herne Bay; and  a teenager were found guilty of raping the 16-year-old  in a room above the food outlet in the early hours of Sunday 18 September 2016.

The three men were sentenced to 14 years and the teenager to seven years at Canterbury Crown Court earlier this month. 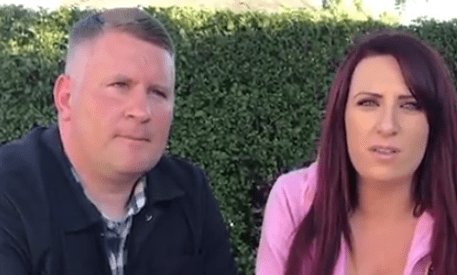 Ms Fransing and Mr Golding, both from Penge, south-east London, were originally arrested on Wednesday 10 May.

Both have been bailed to appear before Medway magistrates on 17 October.

The far-right group intends to gather at Ramsgate train station on October 14, in protest at the arrests. A petition was launched on the Thanet council website launched in a bid to get the proposed demonstration banned.