Ten years ago a new Thanet theatre group ‘Inspiration Inclusive Theatre’ began, with the pioneering vision of bringing children together – those with and without disabilities.

At the time the workshops catered for about 15 children and the first performance -Star Crossed Lovers (based on Romeo and Juliet) – was held in King Ethelbert’s School Hall.

Ten years later, the group has worked with and nurtured over 100 children – many staying with the group since the start.

Inspiration’s success story began as a shared vision between directors Zoe and Peter Hammond who wanted to help children who are usually excluded and often bullied, to feel valued, included and ‘normal’

The couple also wanted children who don’t have disabilities to have the opportunity to learn how to interact with and understand their peers with disabilities – peers that they might never normally associate with. 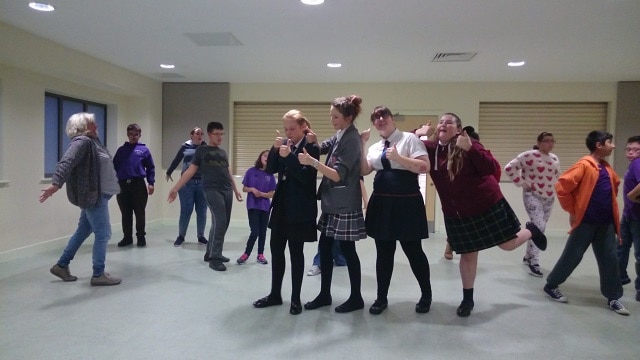 Zoe said: “There have been countless success stories over the years of how the children have developed their confidence enough to speak up in class, to face bullies, to join in with activities and groups they would have previously avoided.

“Some have gone on to study Inclusive Theatre with Chickenshed Theatre in London, some going into the profession gaining degrees in Performing arts and Music, some onto careers in care, working with people who have special needs and disabilities, and others have turned their lives around from being close to exclusion at school, and are now foster carers themselves.”

Zoe, Peter and their team of multi-skilled volunteers, cater for a huge range of needs within the group and use British Sign Language throughout their workshops.

The original ‘Inspiration Inclusive Youth Theatre’ is part of Theatre Royal Margate, and the Children in Need funding received over the years has made it possible for this group to perform in this professional setting with the support of management, the tech crew and front of house team.

To mark the anniversary, the group – which is now based at the Baptist Church in St Peters  – is staging celebration show 10 years of Inspiration on September 30 at 6pm at the Theatre Royal.

The youngsters will be joined by sister company ‘Inspiration Creative’ which holds workshops in dance, drama, art and choir for adults as well as children – again with a totally inclusive ethos.

The youngsters have also been working with art group Genetic Moo, who are developing interactive, visual software.

The members of the groups have been exploring ways to create a performance using images of their body outlines to create shapes and patterns in-line with the brief they have been presented with. 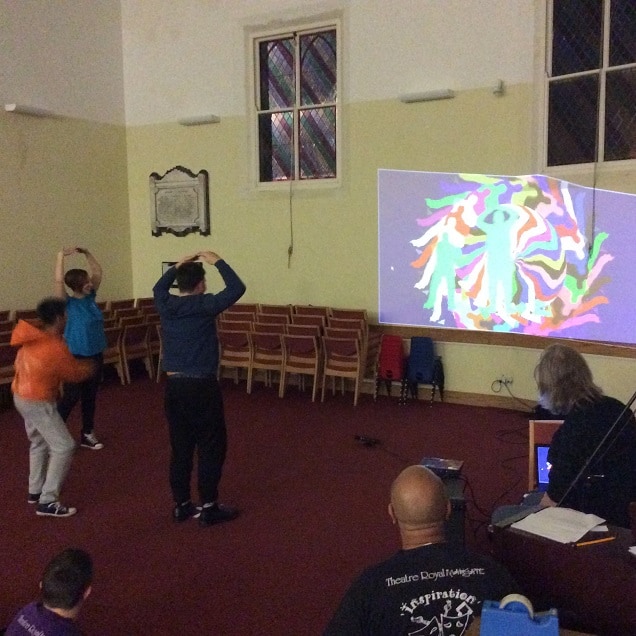 The short performances will be integrated into the 10 Years of Inspiration show.

Zoe added: “We would love to hear from any old members and volunteers who would like to participate in this show.”