A Puffin crossing outside King Ethelbert School in Birchington is now open for use.

Pupils at the school, and nearby Ursuline, were able to use the Canterbury Road crossing this morning (September 7) following work during the Summer holidays to install the safety measure.

The £160,000 crossings (one for each carriageway) will be named after the two school lollipop men.

Last year King Ethelbert’s and Ursuline schools and Birchington councillor Suzanne Brimm, set up a petition calling for the safety measure after two pupils suffered serious injuries in accidents on the dual carriageway.

Cllr Brimm highlighted the issue during Road Safety Week and also took part in a speed watch on Canterbury Road with teachers and pupils from King Ethelbert’s.

When the petition was launched KES head teacher Kate Greig said the Canterbury Road stretch was a danger to children’s lives as many had to cross over to get their bus.

Lollipop staff and teachers were out twice a day but could not always patrol the 40mph stretch. 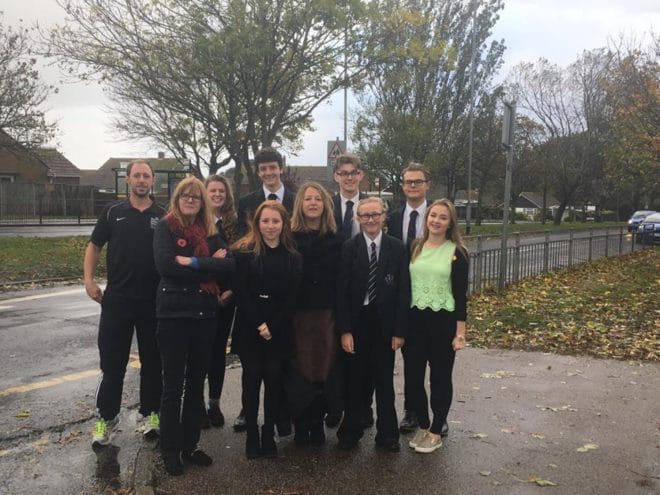 The schools launched an online petition after Kent County Council said the measures would be too costly.

“Both secondary schools are located on a busy dual carriageway with a 40mph speed limit that is often flouted and used as a racetrack. There is no safe crossing outside either of the schools at present.

“Not only does this affect our youngsters but many of our elderly residents are too scared to cross this busy dual carriageway.”

In March KCC announced it would install the crossing. The measures include a new, advisory 20mph speed limit fronting King Ethelbert’s and Ursuline schools; revised signing and lineage and some new parking restrictions. 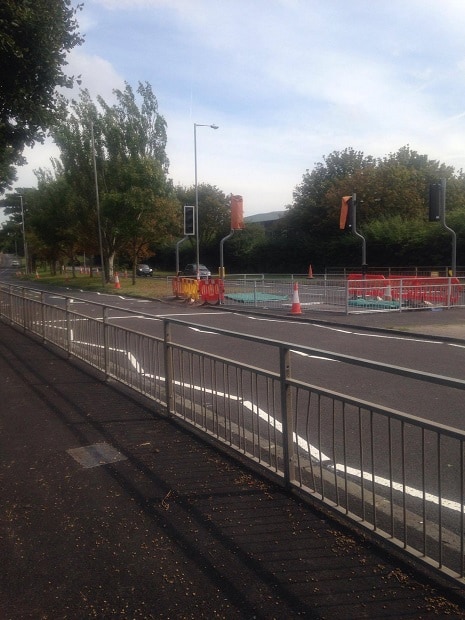 The 20mph limit will only be in place at the beginning and end of the school day, a flashing amber light will signal this.

Now the schools and Cllr Brimm are celebrating the opening of the crossing. An official ‘launch’ will be held next Monday (September 11).

Ms Greig said: “We are absolutely delighted that Kent County Council has funded and now completed the Puffin crossing outside King Ethelbert School.  The danger to children’s lives with the situation as it was caused a huge worry to our local community every day and thanks to the support of students, parents, friends, KCC and Thanet District Council we have finally got what we deserved.

“My particular thanks go to Councillor Suzanne Brimm for her relentless campaigning, Kelly Garrett from Kent County Council who has been so professional and understanding in her dealings with us all and Adam Solly our own Director of Houses who has organised school-wide funding and awareness events.

“Our students are taught road safety and we will continue to have these vital lessons throughout their time at school but the building of the Puffin crossing makes it so much easier and safer for us all.”

Cllr Brimm said: “Being on a busy dual carriageway King Ethelbert School has to have two lollipop staff so this is very much welcomed by the school, pupils, parents and residents that live on the Canterbury Road. I understand the pupils plan to name each crossing after the two lollipop men, which is a lovely idea.”