The Kent Shield fixture was played in lovely late summer sunshine on a pitch which was a credit to those who care for it.

Zac Ward got Thanet’s season underway and, after Dover’s early attack, it was Wanderers who put the first points on the board. A line-out on the home twenty-two set an effective attack which was defended illegally and Sam Rolfe stroked over the penalty after five minutes of play.

Twelve minutes later Dover replied with a neatly taken unconverted try in Thanet’s left-hand corner. Some inevitable rustiness was punctuating Wanderers’ play and with 15 minutes of  the half remaining the hosts created an overlap before running in try number two and a 10-3 lead. Thanet put together some well-constructed attacks and were rewarded on the stroke of half time when another well struck penalty from Sam Rolfe made the score 10-6 at the break.

Wanderers started the second half purposefully but could not break through the home defence and a poor choice, as Thanet chose to counter attack from deep, opened the door for Dover who made no mistake to touch down wide left and a good conversion made it 17-6. Half an hour remained as it seemed Dover could take control and a couple of quick penalties conceded caused the ref to speak to the day’s Thanet captain Brett Scott. 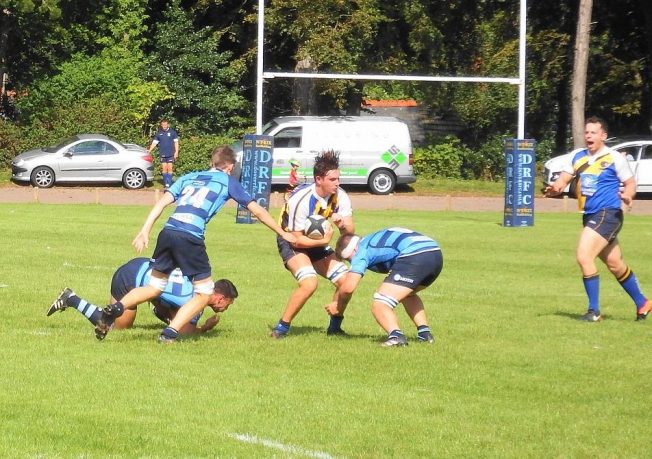 Around the 60 minute mark Dover scored a pair of decisive tries with first an interception and then a breakaway try following some questionable tackling. Add a conversion to the first of these and suddenly Wanderers found themselves on the wrong end of a 29-6 scoreline. No heads down in Thanet’s pack and a remorseless assault on the home line was rewarded with a try for scrum half Callum Doody. Another excellent conversion from near the left touchline and Rolfe’s boot then cut the deficit by a further three points shortly afterwards. Wanderers’ tails were up and Dover’s Captain was now summoned by the referee to answer for some recurrent offences. The match closed with a long-range penalty from Dover’s kicker to near Thanet’s line and from the resultant lineout a pushover try gave the home side a deserved 34-16 victory. 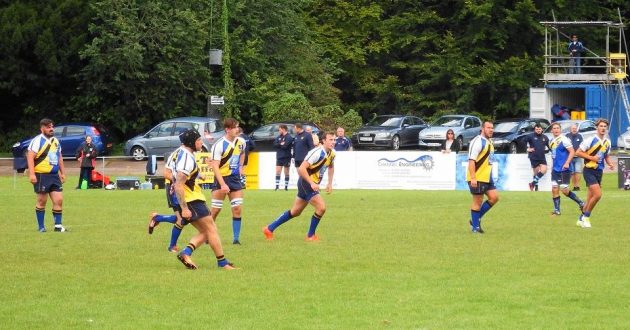 Peter Macaulay was Thanet’s coach in charge on the day and after the game he commented on an excellent club debut for inside centre Jay Morbey, he combined well with Nick Herbert at ten who tackled above his weight. Joe Carlier had carried strongly and Arek had shown good early fitness when he came on in the second half. Brett Scott led the side well and was notable in the side’s quality defensive display. After a good first half performance match fitness told and Wanderers faded towards the end but the outlook is optimistic.

Dover were relegated from London One last season and will be a force to be reckoned with in London Two. Wanderers, who will start their campaign in London Three (South East) next Saturday away at Old Dunstonians, will travel in good heart after a very promising first outing of the season.