The former isle of Thanet Gazette building in Margate will be converted into offices a cafe/restaurant, Pilates and Yoga studio and gallery with terrace.

Thanet council has granted permission for the Union Row property, which was last used as a doctors’ surgery,

Applicant David Liddicoat, from Margate Pump House, and Liddicoat & Goldhill Architects, is taking on the scheme with wife Sophie Goldhill. 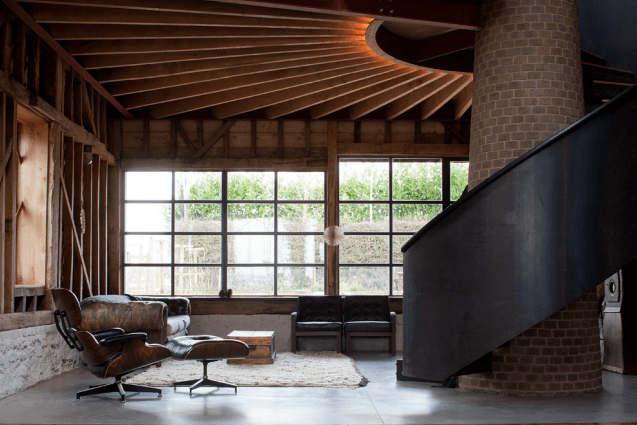 Liddicoat & Goldhill was awarded a British Homes best small house award, RIBA award and a Manser Medal nomination. It was also shortlisted for the 2016 Stephen Lawrence Price (pictured) for projects under £1 million.

The couple’s proposal to move their practice from London to Margate will create two new jobs. A further six will be transferred from their current office. More jobs will be transferred or created through the renting out of parts of the building to other businesses.

In their application to planners the pair said: “We are proposing to relocate our architecture and design studio (Liddicoat & Goldhill LLP) from central London into the former Thanet Gazette property.

“This will transfer 6 jobs and create 2 new positions. Our studio will be located in Unit 11 on the first floor. We are proposing to rent out other rooms to creative small businesses.

“We already have a number of interested tenants working in Margate’s burgeoning creative and artisanal community. Unit 7 (ground floor) will house a public gallery to act as a showcase for the residents and wider, artist community. This space may be rented to members of the public for a small daily or hourly rate for wider community uses. It has its own separate dedicated entrance which is DDA compliant.

“Unit 8 (first floor) will be rented to Curve Coffee, a Margate based coffee roasting company for their flagship coffee shop. The cafe will employ three people on a permanent basis. The opening hours are expected to be Monday – Sunday, 9am – 6pm.

“Unit 6 (ground floor) will be rented as a pilates and yoga space, open to the public. Other associated classes such as hypnobirthing, relaxation and rehabilitation therapy are proposed. The studio will employ 4 people on a part time basis.”

Originally known as Lyric House, the property is believed to have been built in 1870 by the owner of the Isle of Thanet Gazette as the printing works for his paper.

Journalists and the editor of the newspaper were working from the building up until 2009. The team moved to Mill House, then the Christ Church University site in Broadstairs and now work from Folkestone and Tunbridge Wells.

It was later used by Union Row doctors’ surgery but this was closed down in February 2016 following the resignation of Dr Henry. Patients at the surgery had to register with new practices.

The proposal was given the green light by Thanet council last week.