A determined and dedicated journalist, editor and event organiser from Broadstairs has died, aged 59, after a five-year battle against cancer.

Paul Taylor, a devoted dad to children Madeleine, 19, and Nathan, 17, and husband to Louise, passed peacefully at his home on August 18.

Paul was born in Oldham but made the move south to attend Middlesex University where, in 1994, he achieved a BA in writing, publishing and IT.

In the same year he met Louise, who would become his wife just a year later.

‘We wanted to be together’

Louise, a nurse at Westbrook House, said: “It was a blind date. We knew very quickly that we wanted to be together and were married in October 1995. We decided to marry at Holy Trinity Church in Broadstairs as my family were here.”

The couple lived in Finsbury Park while Paul worked at a publishing company. They decided to make the move to Broadstairs in 1998 after daughter Madeleine arrived.

Shortly afterwards Paul took up a role as chief design sub editor with Kent Regional Newspapers and was responsible for the Folkestone Herald series and the Dover Express.

In 2002 Paul become the editor for the Canterbury Adscene where he and his team broke many exclusive stories, campaigned against a SWERF incinerator that was to be sited near a school and investigated the county council’s billion pound debts.
The team’s coverage of the enthronement of Rowan Williams as Archbishop of Canterbury in 2003 was unparalleled.

In 2004 Paul went back to sub-editing, this time being responsible for a team that was working to sixteen deadlines every week, liaising with five news desks.

Paul finished at Kent Regional Newspapers in 2009 following a restructure that meant production was moved to Chelmsford.

Former colleague Carol Davies said: ” I first worked with Paul when I was acting editor at Folkestone Herald for five months. When I returned to my job as series editor of Whitstable/Herne Bay/Canterbury Times I appointed Paul as my deputy, but before his start date I had to phone him to tell him that I would be leaving for a job with the KM before he arrived.

“I think his exact words were: “Oh ****…I think I need to sit down!” Despite such a baptism of fire, he forgave me and we remained friends over the years catching up for a gossip, usually in a pub, and often when Matt’s band was playing in Thanet.

“He always had a mischievous twinkle in his eye–even when he was undergoing debilitating treatment –and he will be much missed.”

During the years from 2006 Paul also worked at national daily and Sunday newspapers.

His desire to help a new generation of journalists also prompted Paul to teach at Hilderstone education centre and create online journalism courses through the Canterbury Media School.

Event organisation was another love and Paul worked with friends from university on all kinds of gigs across the country.

Closer to home Paul was a member of the Broadstairs Harbour and Seafront Group, aimed at regeneration of the site, and a popular regular at The Four Candles micro pub and brewery in Sowell Street. 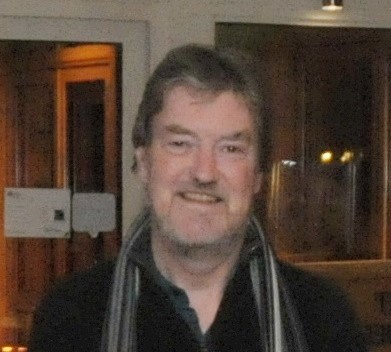 In 2012 Paul was diagnosed with a brain tumour and underwent surgery, chemotherapy and radiotherapy. In true stubborn fashioned he outlived his two-year prognosis by almost an additional three years.

Louise said: “He was very determined and very positive about everything, all the time.

“Paul was generous, warm and happy. He loved his family and he loved his friends. He was very supportive of me and wanted to make sure I was OK.

“Paul knew what was coming and he was determined to make sure everything would be ok for me and the children and that we would be secure.

“He loved life and he loved being with everyone.”

Paul’s funeral will be held at 1pm on Thursday September 7 at Thanet Crematorium, Manston Road, Margate. Drinks will be held afterwards in the Botany Bay Hotel. There are also plans for a celebration of Paul’s life to be held at The Four Candles on a date to be arranged.