A fascinating glimpse of Thanet people through three decades of time can be seen in dozens of paintings and sketches that two isle artists are hoping to reunite with the subjects of their families.

The portraits are from the 50s through to the 70s and are the work of influential Margate figurative artist Christopher Alexander and his pupil Brian Homewood.

Christopher was prolific and talented and often referred to as Margate’s leading 20th century artist.

The Royal College of Art graduate worked for a time as a Fleet Street illustrator but had also been a miner and in the Royal Army Medical Corps where he would draw colleagues even when they slept!

From 1951 until his untimely death – aged just 56 – in 1982 Christopher taught at Thanet and Canterbury colleges of art, passing his skills to thousands of students.

He also taught evening classes and was a dedicated father to five sons, all of whom are involved in the creative arts, but still found time to produce thousands of art works. 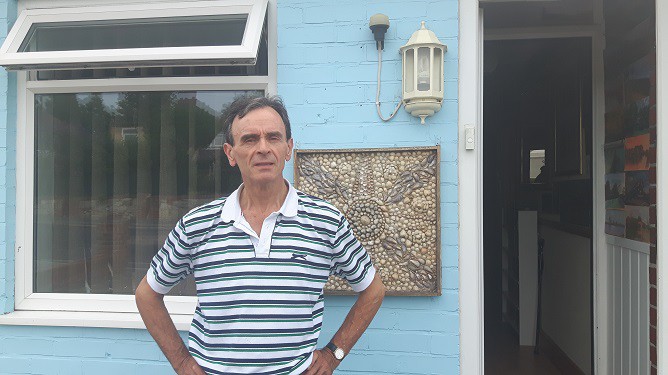 Son Steven (pictured), also an accomplished artist, is now hoping to find the subjects or their families of some of his father’s beautifully detailed work to ensure that they survive.

The father-of-two, whose Ramsgate home is packed with both his and his father’s art works, said: “It would be nice to get these to the families. I have some 5,000 drawings and paintings by my dad and they are a real social history.

“He would draw all the time, he was a drawing machine. He would sketch people in Millies (in Westgate) and the Lido bar, he looked at the accoutrements – handbags – and the hairstyles. People just don’t look like this anymore, the styles were so distinctive.”

Some of Christopher’s artwork has found its way to the subject’s families but there are more Steven would like to track down.

Among them is Joe Coy, an amateur archaeologist. Steven said: “Joe was married to Phyllis and had daughters. He was a friend of my father’s, who lived in Thanet, and who may have been an accountant and probably a member of a local club. The portrait is conté chalk on blue/grey paper.”

Among others Steven would like to trace are Graham Bird; Jill Kennard whose family may have been linked with a music shop in Cliftonville; Doug McLean and Deirdre Mattin (or Matin) who was a neighbour, and lived in Hatfeild Road, Westbrook for some time in the 1960s. 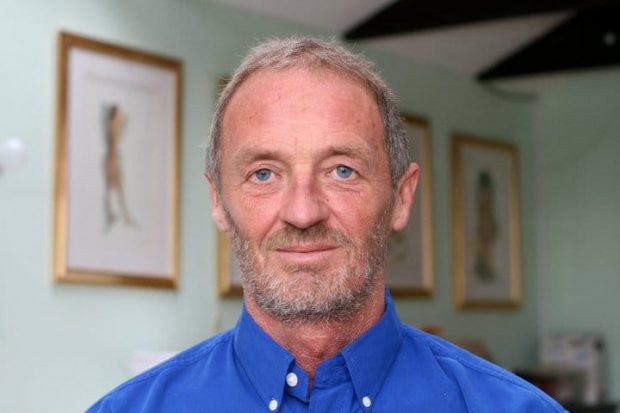 Brian Homewood, a student of Christopher’s, also has portraits he would like the subjects or their families to claim.

Brian, 68, attended Margate and Hilderstone adult education -portraits and life drawing sessions in 1964 and again from1972 to 1979.

The former Hartsdown Tech pupil said: “This is where I met Chris Alexander, who was the teacher. The portraits were painted during this time and the models were local people found by Chris. One, Pip Neal, was a beauty queen at the time.

“I would like to find them or their relations and give them the paintings if they want them.

“You can see in the portraits from the hairstyles and fashions that they are from the 60s and 70s.”

The grandad-of-seven, who was once a scenery painter for 20th Century Fox, honed his skills at Heatherley School of Fine Art, with the backing of his girlfriend, and now wife, Rose.

Brian, who set up family business myspace self storage which is now run by his oldest son, has exhibited at both local and City galleries.

If you recognise anyone in the paintings email isleofthanetnews@gmail.com and we will pass it on.