The new, £4.5million Wetherspoon pub on Ramsgate seafront, due to open its doors on August 29, will be open from 8am until midnight Sunday to Wednesday and 8am until 1am Thursday, Friday and Saturday.  Food will be served throughout the day, from opening until 11pm, every day.

The Royal Victorian Pavilion will specialise in real ales, as well as craft and world beers, serving a wide range of different draught ales, as well as bottled beers, including those from local and regional brewers.

It will be open for family dining, with children, accompanied by an adult, welcome in the pub up until 9pm, throughout the week.

The building will be wheelchair accessible and have a specially-adapted toilet for people with disabilities, on the ground floor.

The new-look venue, on the site of the former dance hall and then casino, features two floors and two bars.  There is a ground floor rear beer garden, where smoking will be permitted in a designated area, as well as a first-floor roof terrace.

A new zinc roof has been installed on the large main roof, in keeping with the original building, and the new pub design also includes the reinstatement of the pavilion’s classic dormer oriel windows. 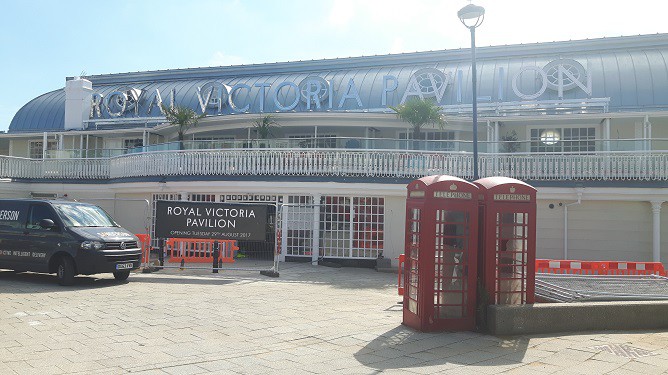 Specially commissioned artworks, by local artist Julia Baxter, are also on display, as well as pieces by other isle artists including a limited edition print by Leise Wilson, original collagraph prints by Dawn Cole and original paintings by Dave Mullet.

The grade II listed building has been carefully restored, working to photographs and designs, keeping as close as possible to the original concept, designed by notable architect Stanley Davenport Adshead and originally completed in 1903.

This striking example of seaside architecture was built as a concert hall and assembly rooms, on the site of an old stone yard.  It is said to have been built in six weeks.  The opening ceremony was performed by HRH Princess Louise, Duchess of Argyll, on 29 June 1904. 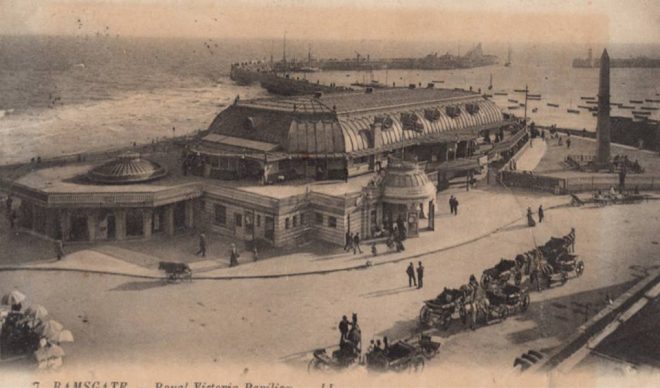 Managers Chris Whitbourn and Charlotte Mason will head up 150 staff at the site, which is Wetherspoon’s largest, with a customer area of almost 11,000 square foot, plus a ground floor and first floor terrace. 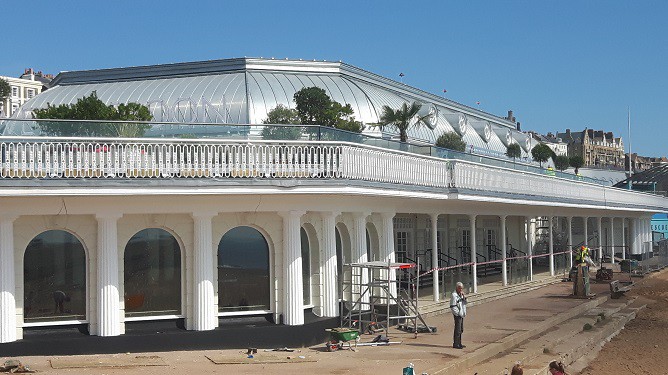 It will be officially opened by Mayor of Ramsgate Cllr Trevor Shonk and the Mayoress of Ramsgate Mrs Mandy Shonk, at 8am on August 29.

Charlotte said: “Myself, Chris and our team are looking forward to welcoming customers into the pub and we are confident that it will be a great addition to the Ramsgate community.”

Read here: Your chance to get tickets for a pre-opening look at the Royal Victoria Pavilion