Christine Tongue, the old lady with the stick, is called a Nazi! Here’s why:

Who knew that taking a little play to the Edinburgh Fringe could get you labelled as worse than a concentration camp guard!

My friend Jackie Walker has a fascinating background – she’s half Jamaican and half New York Jew of Russian origin. She’s written about her life and been a teacher and a trainer in how to combat racism. 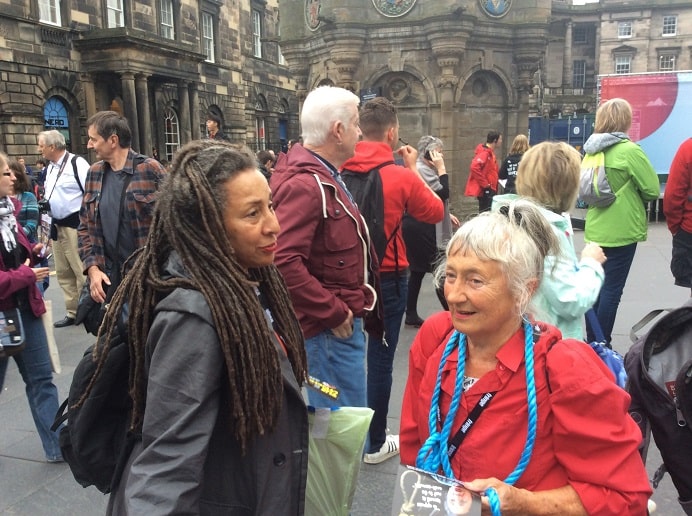 In the last two years she became vice chair of Momentum, the Corbyn supporters movement and this may be the root of what happened to her next.

A year ago her life took a weird turn when she was suddenly accused of anti-Semitism and suspended from the Labour Party at the same time as Ken Livingstone. It was based on facebook conversations about the slave trade and the people who may have financed it – Jackie claimed her ancestors were involved in both sides of it, being slaves and being financiers of the trade.

She and I have stood together at demonstrations against such unsavoury groups as the English Defence League and the far right East Kent English Patriots. We’ve had bricks chucked at us in Dover when the extremists marched against refugees.

So for Jackie to be accused of a form of racism really outraged me. 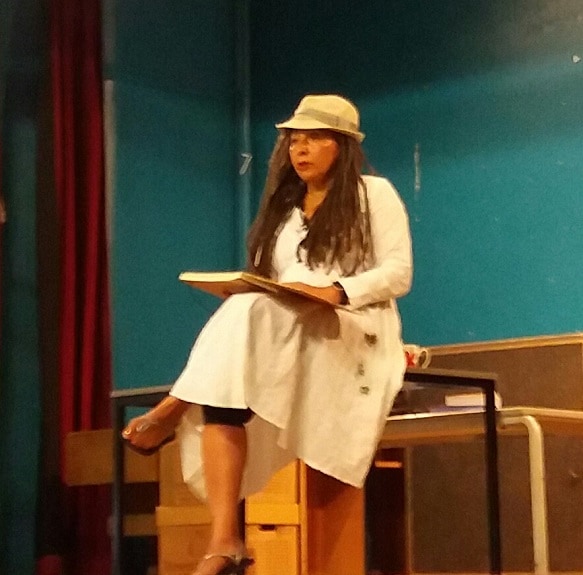 A group of us thought that a good way of explaining her viewpoint was to put together a one-woman show and take it around the country. 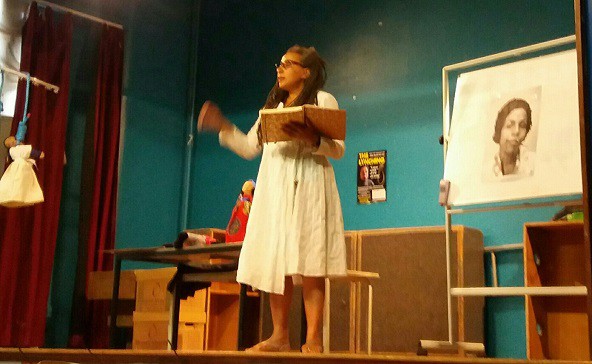 So Jackie would play herself, her mother, her father and a lawyer prosecuting her for crimes of racism. She would explain the remarks that so many took offence at and put them in  the context of her life and her personal history.

We called it “The Lynching” because what she’s been through is a political lynching.

I made puppets to represent Jackie as a young girl and one that we would hang at the side of the stage with a rope round her neck.

And so we previewed it in home territory, Broadstairs, and then took it up to Edinburgh for two days on the Fringe of the Edinburgh Festival. 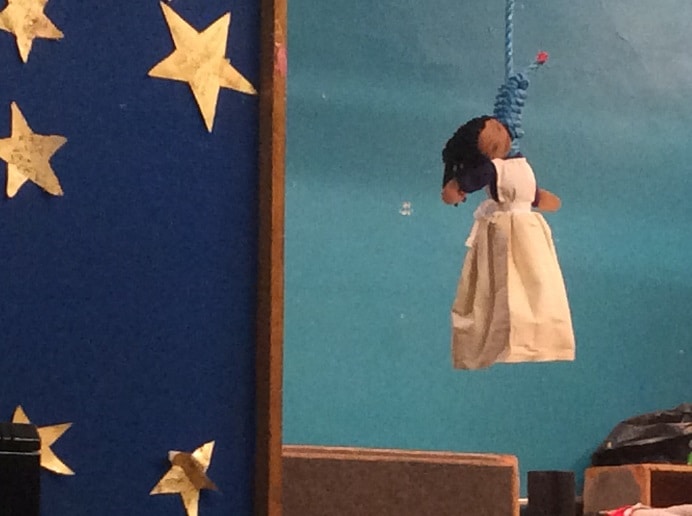 We gave out leaflets in the rain on the Royal Mile with the other Fringe companies, watched really wonderful outdoor music and dancing and some seriously odd Asian men with beards dressed as babies – and got their picture in the Guardian (I’m very resentful as we didn’t!!) and put on two shows with damp costumes and dripping puppets – I’d had one in my hand while leafleting and her face nearly disappeared…)

And people loved it! Standing ovations, cheers and gratitude that Jackie had opened up the toxic topic of free speech and anti-Semitism – support Palestinian rights and you become anti-Semitic in some people’s eyes.

But online and behind the scenes things were very different. The Board of Jewish Deputies had asked the police to stop the show. They didn’t. And blogs online attacked all of us as being worse than Nazis and plotting the death of all Jews.

Here’s an example: “You are genocidal murderous ideologues. Jackie Walker is the contemporary embodiment of a concentration camp guard and so are you.”

But come and see for yourself. The show is going round the country but will come back to Thanet soon.