A crowdfunding page has been launched to have ‘one last party’ for a popular isle character known as the  ‘Jolly Green Giant.’

Matthew Ballard was known for his amazing outfits when attending Dickens Week and Folk Week in Broadstairs.

At 6ft 5inch and of broad frame he was unmistakable when he would appear in his variety of costumes, including an explorer outfit, accompanied by a giant, remote control spider which he would chase people with. The prankster also created a stir as the Terminator, Darth Vader and had a variety of Dickens costumes. 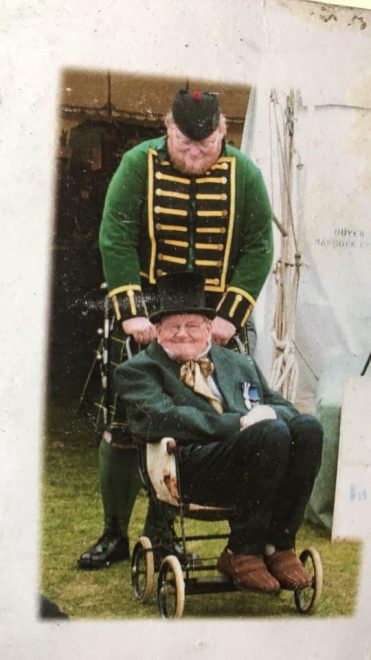 Sadly Matthew was diagnosed with throat cancer last September and lost his battle against the disease on Tuesday (August 8) aged 41.

Matthew lived in Broadstairs for many years until he and his wife moved to Margate. He worked in the town as a carer for older people with mental health issues.

He loved fishing and swimming in the sea with his nephews and was a huge fan of comic con.

‘They all loved him’

“He had been coming to Dickens Week since he was a young lad. He dressed up every year and even knew all the people. He helped organise Dickens Week and Folk Week and made all his outfits for those events every year. He was brilliant with children and they all loved him. 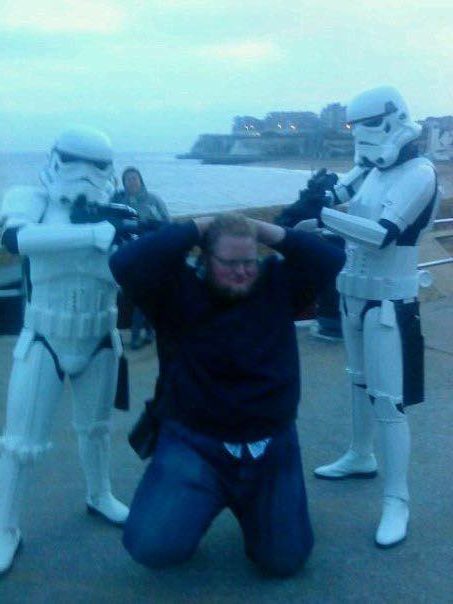 “But on Tuesday, August 8, Matthew passed away, his heart couldn’t take the strain any longer.Everyone is in shock, he was fighting so hard. “

Mandy has now launched the crowdfunding page in a bid to give Matthew an ‘amazing’ final party.

She said: “As a family we would love to give Matthew an amazing send off and want to include all extended family and friends.

We ask for any help towards his funeral and the wake after. Matthew insisted on one last party. We had to celebrate and not cry.

“He loved life and everyone he met.”

Matthew’s funeral will be held on Wednesday 30th August, leaving from Blackburn’s funeral parlour in Broadstairs at 1pm to be at the cemetery for 1.30pm
Family and friends will go to Morellis after, all are welcome.