Yobs have blown up a car that had been dumped on Dane Valley Green by Travellers.

The silver Ford and a caravan were amongst the mess  left behind when the most recent group of Travellers left the site on Sunday. 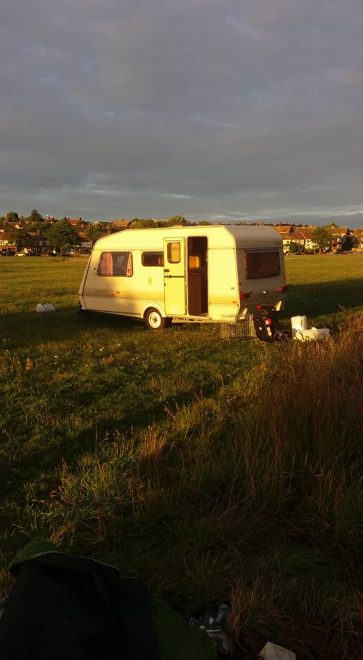 Last night it was “blown up” some time between 11pm and midnight.

It is the latest in a line of vandalism and arson attacks in the ward which, in June, led Councillors Gary Hillman and Gary Taylor to brand it worse than “the Wild West.”

The pair Millmead is being blighted by constant antisocial behaviour, abuse, assaults, flytipping and arson.

Incidents include a car and caravan set alight, an assault and issues with motorbikes and quad bikes zooming about night and day and cars being driven at double the speed limit. 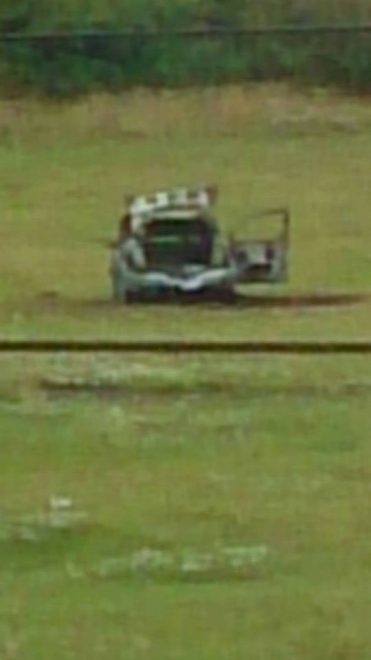 Cllr Gary Taylor said the car on the green exploded in the latest incident.

He said: “There must have been petrol in the tank as it exploded. Once again there were delays in  dealing with this.

“Myself and Clly Hillman cleaned up the green ourselves on Sunday while the Travellers were just leaving but they still left a mess.”