A charity bike ride  in aid of a Westgate dad and grandad took place at the weekend raising thousands of pounds for research into motor-neurone disease (MND).

Dave and Luke Tappy, from Big Red Branding, were joined on Sunday (July 23) by companies based at Discovery Park in Sandwich for a 40-mile tour of East Kent starting and finishing at the Stone Pier (Harbour Arm) in Margate. 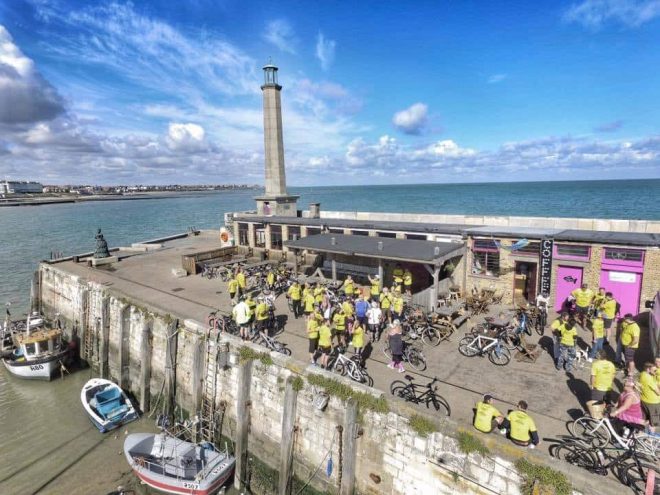 The ‘Beery Bike Ride’ event, sponsored by Hofmeister, is being held in support of John’s Journey set up by Dave and Luke for the family of John Rawlins, to raise awareness of the condition.

It is the first of a number of charity events that will seek to raise money for the Motor Neurone Disease Association, which has provided  support to John, diagnosed with the debilitating muscle wasting condition, MND in October 2016. 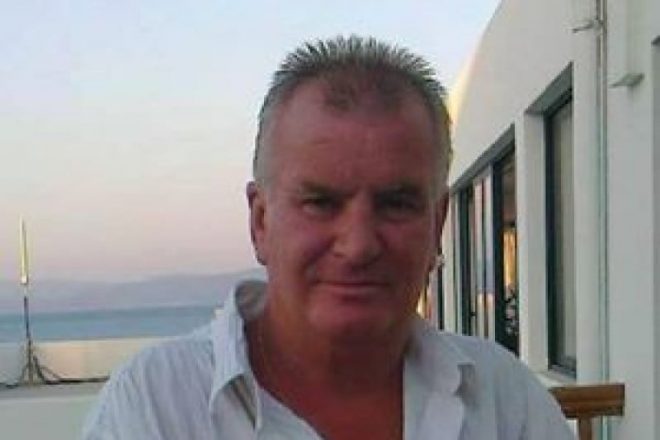 The Westgate dad-of-two been dealing with the effects of MND, which includes weakness and wasting of muscles, causing increasing loss of mobility in the limbs, and difficulties with speech, swallowing and breathing.

West Ham fan John already needs a motorised wheelchair and his bathroom converted in to a wet room. Further adaptations to the home he shares with wife Christine will be needed over the coming months.

The bike ride stopped off at Reculver, Preston and Sandwich before finishing back at the Lighthouse Bar, Harbour Arm Margate, where the cyclists and supporters enjoyed a barbecue and live bands.

Dave Tappy, founder of Big Red Branding, has been close friends with John since primary school and helped set up the Facebook group, John’s Journey, to document his experience of the condition. 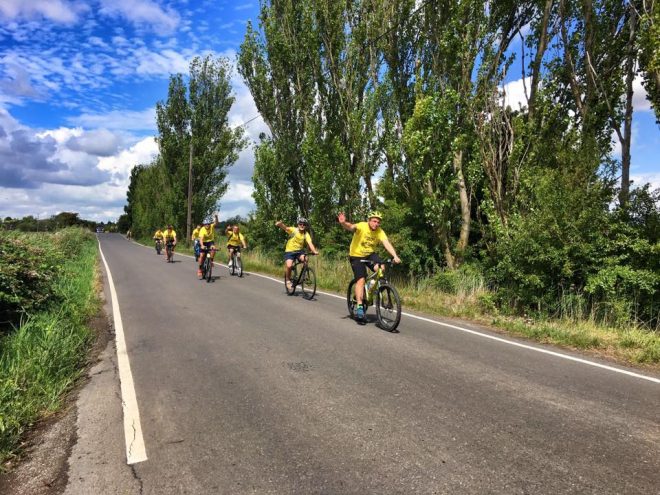 Dave said: “I am proud to call John my friend and even more proud of the courageous way he has lived with this condition. This cycle ride is just a small way to show him our support and raise a lot of money for vital research.”

MND is a group of related diseases, affecting the motor nerves or neurones in the brain and spinal cord, which pass messages to the muscles telling them what to do. More information can be found at UK MND Association

An appeal to raise £5,000 to help John with home adaptions and other costs can be found here