Arrrr – Thanet will become the isle of pirates this month with seadogs big and small getting in on the action.

So, eye patches at the ready as you sail off to one of these ship- shape events on July 26 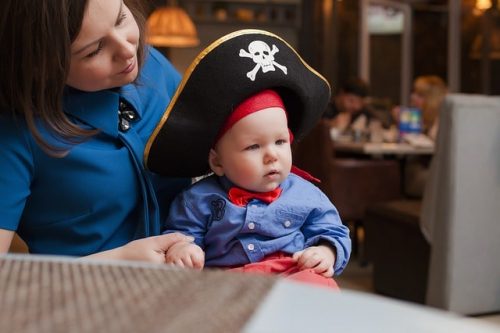 The Ramsgate Festival has dedicated July 26 to pirating fun. Families are invited to join in the events throughout the town in pirate costume.

Shop and attraction owners will join in the dressing up fun as the marine dream-themed festival takes place. There will also be a parade at Ramsgate Main Sands by the Jolly Roger, meet at 3pm, parade 3.30pm. Prizes for the boldest buccaneer and most swashbuckling cutlass. Parrots welcome too!

As the winner of Britain’s Friendliest Business in 2013- which still hasn’t been beaten – Helter Skelter gave a thank you party for all its customers. The party was so successful it’s been running ever since and is now a fixture in the Broadstairs events calendar.

The entertainment this month includes a piratey Baby Sensory Session, piratey Toddler Time session, and little ones will be joined by West End star, Leanne Jones and Ukelele band, Gaddzukes.

Helter Skelter is joining forces with Zest Academy, who will provide a piratey rave for the older children. The event is followed by further entertainment and fireworks provided by Broadstairs Fireworks Group.

Helter Skelter boss Fiona Crawford said: “Dress up, bring your picnics and join in all the fun.”

The pirate party is on July 26, 3pm-6pm, followed by the fireworks.

Arrr we there yet – Dreamland 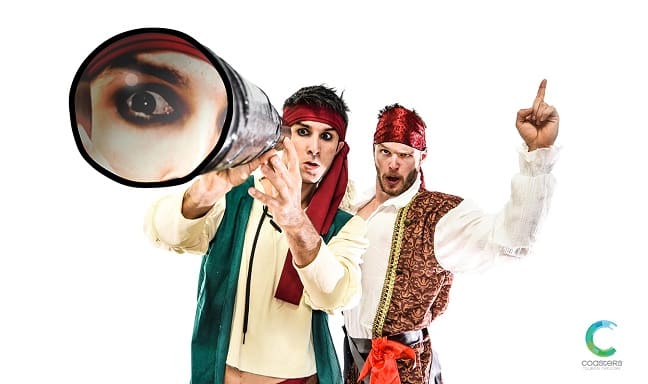 The acrobatic pirates turn ship-life upside down! Walking the plank becomes the high-flying teeterboard, cooking for the crew involves juggling knives and steering the ship spinning upside down in the roué cyr!

An all ages show with amazing acrobatics and hilarious slapstick comedy.

Free entry, pirate fun from 11am to 6pm.

For all things nautical check out this mini-fest within the Ramsgate Festival. Find out more here