Having suffered a heavy defeat at the hands of a strong Folkestone team last week, Broadstairs travelled to Upchurch this Saturday to try to get back to winning ways, but unfortunately ended up 67 runs short.

On a hard pitch with a quick outfield Broadstairs lost the toss and were sent to field, a decision that seemed to have backfired as opening bowlers Chris Flint and Jamie Dewell both struck early reducing Upchurch to 14-2.

However, the home side staged a fight back built around a fluent 73 from David Masters. As the ball became older the pitch did little for the medium pacers, and it was left to the spinners to take the rest of the wickets, with Isaac Dilkes claiming 3, captain Chris Kidd 2 and overseas Swaroop Dasari 1.

Despite this, however, Upchurch managed to post a total of 204, which seemed about par on a pitch which favoured the batsman.

Broadstairs in reply were reduced to 19-2, before opener Elliot Fox and Dasari started to stage a recovery getting Broadstairs to 60-2 and for a while, the game hung in the balance.

However, the visitors then lost 4 wickets for just 10 runs, leaving the lower order with much to do. A partnership of 37 between Scott Narraway and Callum Morgan brought Broadstairs back into the game, but as the required rate increased the pressure got to the batting side who ended up 137 all out.

Broadstairs face Sibton Park at home next week, a game they must win if they are to reignite a push for promotion.

Century from Frewin sets up convincing victory for 2nd XI 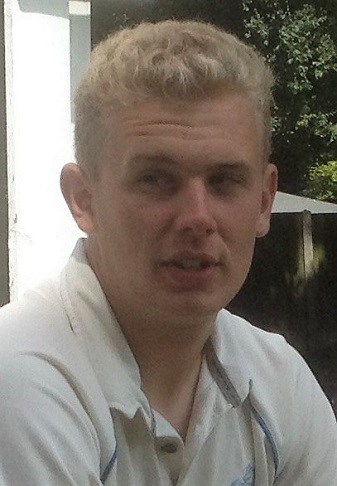 Broadstairs welcomed second from bottom Upchurch this week. Vice-captain James Bond went out to toss, nobody does it better and he won, choosing to bat.

Matt Frewin playing in the two’s because of work commitments strode to the crease and after an early bit of luck, started to bat sensibly. Simpson then edge behind with the score on 35, Jan getting his second wicket and Kiwi Tom Renouf batting in a more comfortable middle order joined Frewin.

Once settled both batsmen looked comfortable, pushing the run rate up and taking cheeky singles to keep the scoreboard ticking over. It was Frewin who after hitting a huge 6 over cover reached his half century first, Renouf followed not long after and the stand had gone past 100.

Each batsman played an array of shots and with the score on 174 Renouf fell for 61, an amazing one handed catch by midwicket. Luke Palmer strode to the crease to join Frewin who was now hitting boundaries at will as well as pinching singles from the demoralised Upchurch fielders. Palmer was soon stumped and the captain Bond joined Frewin but was soon run out. Adam Izzard on his return to the team then supported the curly haired batsman, who eased his way through the nineties to record his first century of the season.

He was out soon after for a magnificent 101 that had put Broadstairs firmly in the driving seat. Izzard and Oli Frewin ended the innings with a formidable total of 242.

After yet another hearty tea, the best complete bowling attack in the league were eager to run through the Upchurch line up and it was Ellison who struck first, removing the dangerous Apps with a sharpe catch by Bond at second slip, Ellison then dismissed Wicketkeeper Carlton, an outrageous catch by Renouf, diving one handed leaving Upchurch 2 down with the score on 12.

McCormick then joined the party clean bowling Mclennan and Fairclough in quick succession and at 20-4 Broadstairs sensed victory. However, Upchurch had other ideas, Subramanian and Bewick counter attacking and getting some luck. McCormick was rested and Oli Frewin brought into the attack and struck in his first over, the umpire raising his goldfinger and giving Subramanian out LBW.

Frewin struck again in his third over, Bond taking another catch. Ashley Ellison also joined the action with possibly the best catch of the match, Bond diving one handed at midwicket, Ellison then struck again the next ball, Simpson taking the slip catch but the boy from Sheppey couldn’t quite get his hat trick.

Matt Frewin then finished his man of the match performance with the wicket of Bewick and then running out the last man with Upchurch creeping up to 147.

A vital 20 points for Broadstairs and keeps them in touch with a possible promotion push. They travel to Bexleyheath this week, looking to exact revenge on them after being bowled out for 77 in the first fixture.