The administration period for Sands Heritage Ltd, operator of Dreamland, has been extended until February 26, 2018.

It is the second extension of the period which usually only lasts for one year.

Sands Heritage went into administration in May 2016 – just under a year after the company reopened Dreamland amusement park.

Duff & Phelps had aimed to market the business and sell the assets by March this year but that time has now been extended twice.

A report published by Duff & Phelps on Companies House also reveals that offshore firm Arrowgrass now owns 98.8% of the shares and is in the process of buying the remaining 1.1%.

Arrowgrass initially loaned the company £600,000 in July 2016.The amount owed by August for the Arrowgrass loan was £2.3 million due to interest, charges and costs.

In March this year a massive £25million had been added to the investment. The Arrowgrass funding now stands at £27.4million

The cash was secured by placing legal charges on SHL’s 99 year lease of the Dreamland site, agreed with Thanet District Council (TDC) in 2015, and by placing charges on other, non-TDC, properties leased by SHL. 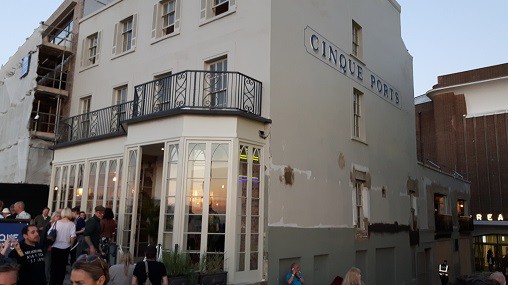 A lease has also been taken out on the Arlington car park.

The progress report by Duff & Phelps states that £5.7 million is owed to unsecured creditors. They say it is “uncertain” as the whether there will be the money to pay those creditors.

The administrators say there is a trading deficit of £17.7million. This includes £8.3 million spent on rides, equipment and the buying of properties.

In the report Duff & Phelps say they are: “in the process of assessing the most appropriate period of further administration trading and exit route from administration.”

They add: “The joint administrators are of the opinion that the continued trade of the business will add value to the business, increase the goodwill of the company and ensure the business can continue to trade outside of administration.”

They add that improvements include renovations and the addition of arena space to hold events such as last month’s Demon Dayz festival.

But they add: “A sale of the business and assets of the company remains a possible outcome of the administration, however, an immediate sale is not being pursued. The joint administrators are therefore continuing to trade during the 2017 Summer season.

“It is anticipated that when the time comes to market the business for sale there will be a large number of interested parties.”

A decision was also due to be made this week on the formation of a creditor’s committee and to approve a fee of £2.9million to the administrators.

A further progress report will be made by December 26.