Conservation work in Ramsgate is getting a boost thanks to a £500 donation from Southern Water and its contractors MGJV to mark the end of a major sewer pipe replacement.

The companies handed over the cash to Pegwell & District Association to help volunteers preserve the natural habitats of the Western Undercliff and Pegwell Bay, one of the world’s most important wetland sites.

The donation came at the end of a £4 million investment to replace a large section of sewer pipeline near the seafront in Ramsgate, a project aimed at protecting the environment and ensuring wastewater is removed effectively.

The project began in October 2015 when Southern Water announced it would be replacing the pipeline that ran from Downs Road, into Goodwin Road and along the seafront between Goodwin Road and Military Road.

The pipeline carried wastewater from Ramsgate to the Weatherlees Hill Wastewater Treatment Works, which serves about 94,000 people in the St Margaret’s Bay, Kingsdown, Deal, Sandwich, and Ramsgate areas.

The new route runs from the Royal Esplanade to Military Road. 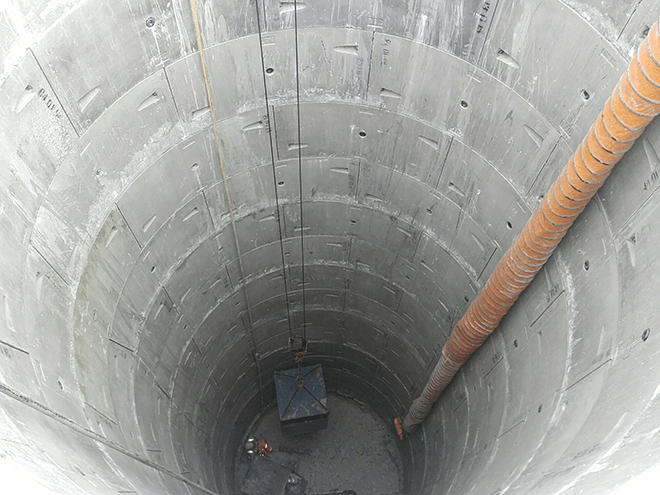 Work began with a feat of engineering to build a shaft at Government Acre that was 82 feet deep and nearly 15 feet in diameter.

The shaft contained a pipe connecting the new pipeline at the Royal Esplanade to the pumping station in Military Road, diverting it away from the beach area.

Now all that can be seen of that shaft is a manhole cover.

A further two shafts, one 25m deep, were created at Government Acre and one 4m deep, at the roundabout below in Military Road, slightly to the south,  to house the pipeline connection.

At 25m, a hole was cut out of the side of the main shaft to allow a pipe to be fed from 4m below the roundabout in Military Road into the shaft, using a boring machine and a method called ‘pipe jacking’.

The two sections of pipe were connected and the final connection to the existing sewer main was finished by May 2016.

Southern Water project manager Andy Arnold said: “One of the driving forces behind this major pipeline renewal was to better protect the unique and important habitats around Pegwell Bay, as the previous pipe had burst a number of times.

“It seems only fitting that we should celebrate the successful completion of the project with a donation to a charity which does so much to protect this precious landscape.”

Ewald Smit, site agent for MGJV, which gave half of the £500 donation, said: “It has been a rewarding project to work on as replacing the pipeline here means an end to the sewer flooding local beaches. The beach is now a safer habitat for wildlife as a result of the investment. The donation we made to Pegwell & District Association is also a way of thanking the local residents who benefit from the wildlife at Pegwell Bay.”

Richard Kinzler, Chairman of Pegwell & District Association, said: “We’re hugely grateful for this donation from Southern Water and MGJV, which will help support our conservation work. 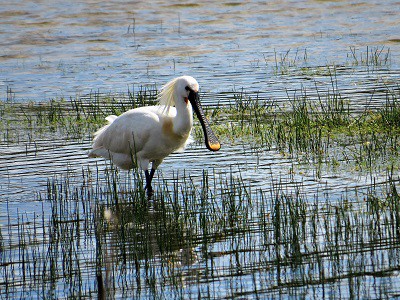 “Pegwell Bay is internationally famous for the abundance of birdlife it attracts, so we welcome any project which helps to protect this habitat for us all to enjoy.”

Observe the impressive flocks of terns and other wetland birds that gather in Pegwell Bay on summer evenings. Numbers of Sandwich and common terns may exceed 500 and wading birds such as greenshank, whimbrel and curlew sandpiper also visit the bay during migration. Suitable for beginners and those who wish to improve their bird identification skills. Adults and children over 12. 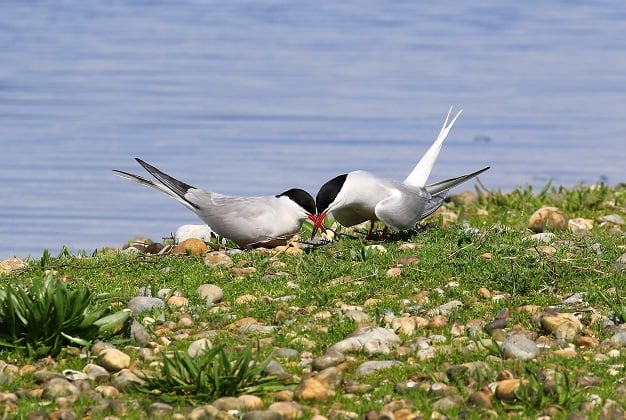 Binoculars available to borrow free of charge. Advice on optical equipment and field guides. Helpful handouts with written information will be provided on the day.

Pegwell Bay Country Park is very accessible with firm level paths and a hide for the comfortable viewing of birds. This event is one of a series of similar birdwatching events taking place around the Thanet coast. Other venues will include Minnis Bay, Ramsgate Harbour and North Foreland.