Kent County Council officers have been on site checking access  for Margate RNLI.

The lifeboat crew had to issue an appeal last month via social media after once again having the lifesaving craft blocked in – and so, out of action – because of illegally parked cars at the rear of the Turner Contemporary building.

In their post they said: “Can we ask as many of our supporters to share this on Facebook urgently please in the hope that those responsible fully understand the potential implications of their actions.

The response was a huge public outcry with many demanding signs, hatching and fines be put in place immediately.

Turner Contemporary backed the plea, urging its visitors to park in legal bays.

This is the second year that RNLI Margate has been hit with inconsiderate motorists blocking the lifeboat route.

Ward councillor Iris Johnston said: “I am very pleased that the thousands of concerns raised online and elsewhere are at last getting some positive response from KCC.

“I also wrote to the two relevant KCC Cabinet members Matthew Balfour and Mike Hills and I am hopeful they will see the sense of the ground markings requested by the RNLI. 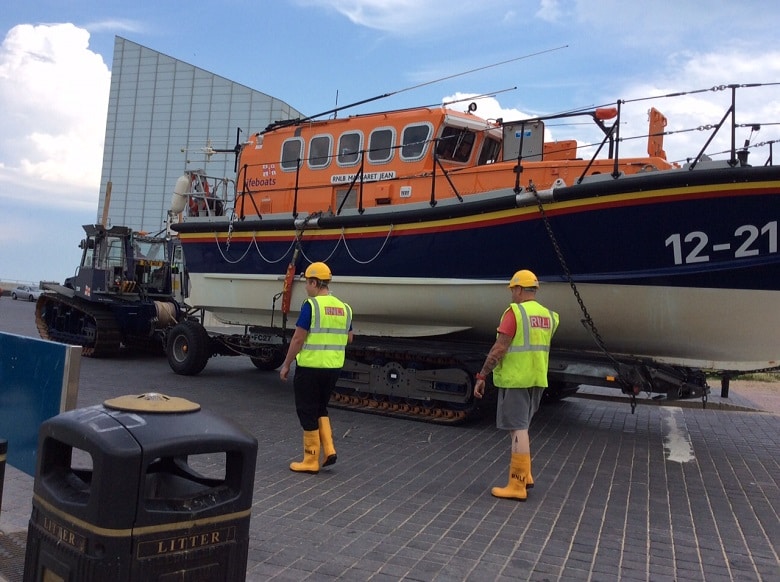 “It should be common sense to all drivers not to park in front of such an important emergency service entrance but some people recently parked five deep in front.

“The public furore is paying off and the next support needed will be to ensure the area is properly marked with hatchlings.”