Emergency services are currently at the scene of an accident at Margate waste and recycling centre in Manston Road.

Police and ambulance have been called to the site which has been closed off. 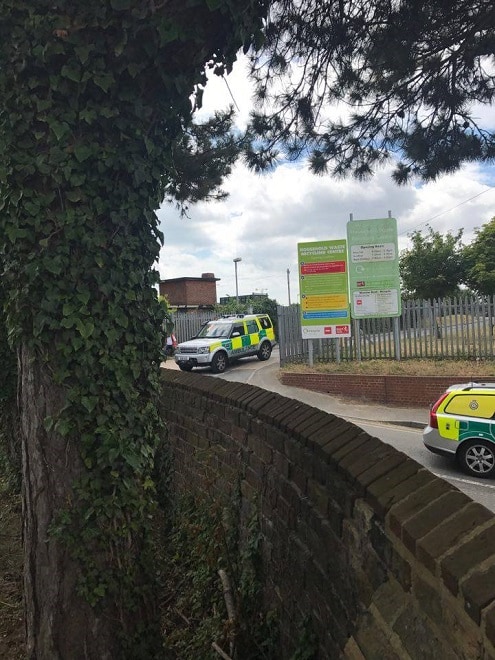 A Kent Police spokesman said:”Kent Police was called at 11.03am following a collision involving a woman and a car at Margate Refuse and Recycling Centre, Manston Road.

“South East Coast Ambulance Service attended and the woman has been taken to hospital for treatment.”

The woman is understood to have suffered leg injuries.