A ‘freaky’ attraction at Westgate Pavilion has been named as the best new scare event in the UK and Europe.

The Mad House was staged at the venue for the first time last year and received rave reviews from visitors and ScareTOUR reviewers.

Now it has scooped a top honour from ScareCON, which hosts annual awards recognising attractions and those working in the ‘scare’ industry.

Westgate Pavilion director Lee Williams is the brains behind the terrifying maze based on the fictitious St Mildrith’s Waterfront Institution -nicknamed The Mad House – a cross between a hospital and a prison where doctors performed outrageous experiments.

He created it with the help of family, including wife Sonia and kids Charlotte – who designed the maze and Jemma and Paige, who were both scare actors.

The family and team attended the ScareCon conference and awards at Alton Towers on Friday after being nominated for best new scare maze and overall best scare attraction in the UK and Europe.

He said: “We had to wait all night as we were nominated for two of the biggest awards, Best New Scare Maze and Overall Best Scare Attraction in UK and Europe.

“With some huge players in attendance we were over the moon when we won the best new event for 2016.

“It was very emotional with all the family in attendance. Seeing us all together to share this moment, especially after all we went through to make this happen, made it all really worth it.

“I’m still pinching myself when I see the award we won and the competition we beat, it was  truly an amazing result for us and the little old Westgate Pavilion.”

And if you missed the maze, branded ‘bonkers, scary and freaky” by ScareTour reviews last year, it will be back this year – with some new additions and plans to put Margate on the scare map.

Lee said: “We are looking to do an improved version of the original scare maze as we are hoping those that missed out will come along. There will also be another new scare attraction inside the main hall.

“With an improved website and ticketing system we are hoping we have a phenomenal season ahead. I’m personally looking to work with other scare attractions to collectively make Margate the place to visit during the Halloween season.” 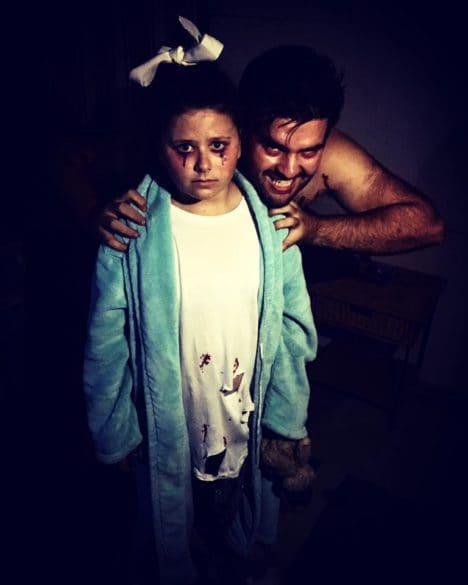 There are currently 20 actors signed up to take part in this year’s Mad House – but more are needed. If you fancy scaring the wits out of people get yourself to the audition on July 16, for details click here

Book your date with horror 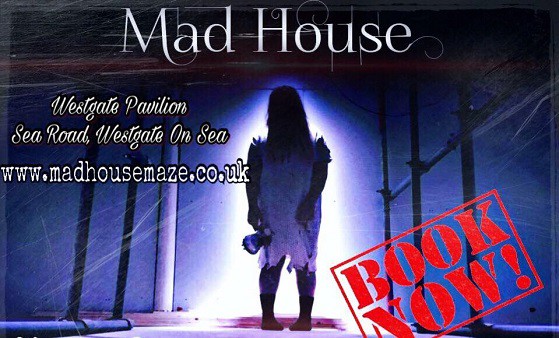 Tickets for this year’s Mad House are available now. Book early to avoid missing out  at madhousemaze.co.uk