A Westwood pub that was put on the rental market this month has been snapped up.

The Grog Wench – formerly The Star Inn – in Margate Road was being advertised through agents My4Walls in the hunt for a new landlord.

Yesterday (June 21) businessman Louis Mayhew revealed he is due to become one of the country’s  youngest pub landlords after signing  an agreement in principle to take on the property.

The 24-year-old plans to turn the boozer into a family concern with girlfriend Deja Brown, 19, with him at the helm, and his mum taking on the cooking.

Louis, from Palm Bay, is already the co-director of Falcon Electrical & Security Ltd and says he hopes his colleagues and staff will get involved in the new venture.

Falcon customers will also get a bonus with plans to offer a discount for food and drinks at the bar.

A name change is in the offing – family have whittled it down to two options but are yet to make a final decision.

Louis said: “We are going to do the garden up, have live bands and a website is being built now.

“There is quite a lot going on but everything is in place.”

Louis says he will still be involved with Falcon but has dedicated staff and managers who are able to take care of day to day business – giving him the opportunity to take on the new project.

He said: “I have been thinking about doing something like this for a while, I wanted something I could sink my teeth in to.

“It is going to be a great local business, a place for families and a bit up-market, that is what we will be aiming for.

“The pub has already been refurbished very nicely so we are ready to go.”

Louis expects to get the keys to the property next week and hopes to be ready for business next month.

He added: “My girlfriend does bar work at Dreamland but I have never done anything like this before, I’m going in at the deep end.

“But this is all about meeting new people and bringing something to the community, a bit like when we (Falcon) did the Margate Christmas lights. It’s quite a big decision to make but we are ready.” 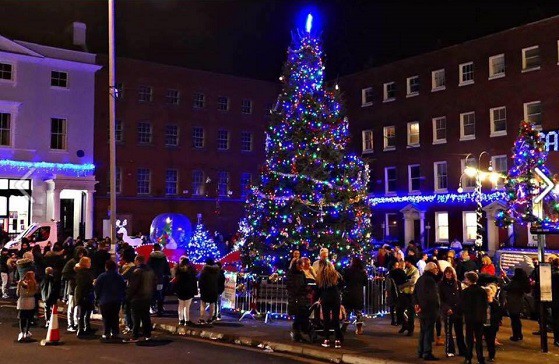 Letting agents My4Walls said there had been “a lot of interest” in the pub.

Contracts have been drawn up and are due to be signed imminently.

The UK’s youngest landlord was teenager Charlie Watts who took on The Cherry Tree pub in Suffolk on his 18th birthday in 2014.