The Belle Vue Tavern in Pegwell Bay has been named Pub of the Year at the annual Shepherd Neame Pub Awards.

Judges praised licensees Tony and Shirley Pearson for the way they have transformed the business over the last seven years, developing its famous beer garden and popular live music programme.

Jonathan Neame, chief executive of Shepherd Neame, said: “Tony and Shirley have done a tremendous job at the Belle Vue, constantly investing time and effort and never resting on their laurels.

“The Belle Vue is a truly great pub in a stunning location and this reward is richly deserved.”

Speaking after the win, Tony said: “I’m gobsmacked! When I told my mum I was leaving my job in a bank to run a pub she thought I was mad. This makes all our hard work worthwhile. 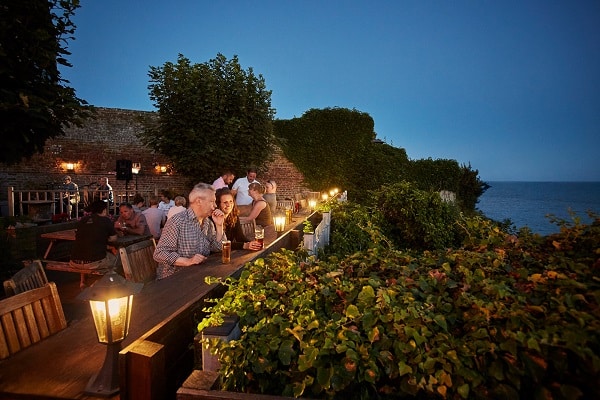 “We wouldn’t have got where we are today without such a strong partnership with Shepherd Neame. We’ve come together to invest time, effort and money in making this a great pub and I’m over the moon.”

The award was announced at a ceremony at the Conningbrook Hotel, Ashford on June 20, where the Belle Vue was one of the 13 recipients from among Shepherd Neame’s 328 pubs and hotels. 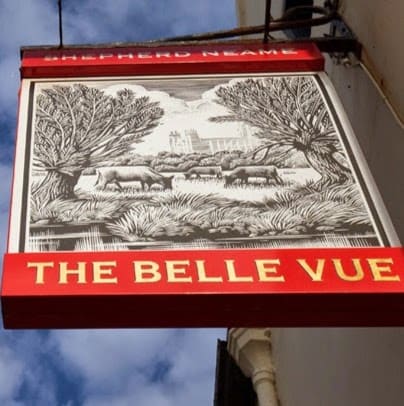 The Belle Vue Tavern has a wealth of history dating back to the early 18th century, when smuggling tunnels linked the pub to cottages across the road. “Big Jim”, the village blacksmith, led the Pegwell gang. It’s said that a former gardener at the tavern drowned on one of his nocturnal “runs” to recover contraband from the moonlit bay, which was cached in the cellars of the tavern.

By the beginning of the 19th century, the inn was receiving the patronage of royalty. In 1830, the Duchess of Kent and her daughter Princess Victoria visited the pub and its renowned tea gardens, sampling the local shrimps offered by “mine host” John Cramp, who received the royal appointment as “Purveyor of Essence of Shrimps in ordinary to Her Majesty the Queen”.