Margate fire crew was called to a suspected arson in the early hours of this morning (June 19).

The crew attended Jennifer Gardens at 1.31am  after a caravan was reported to be in flames. 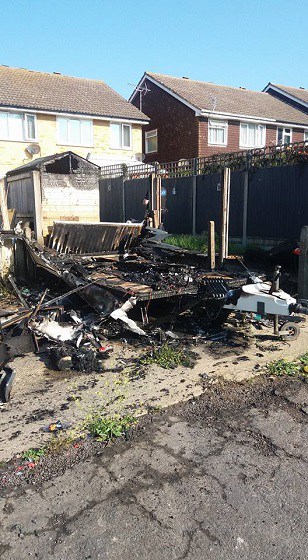 Two fire engines attended and crews used a hose reel to tackle the blaze, which destroyed that caravan and caused slight damage to fencing and a shed.

The cause of the fire is believed to be deliberate.

Kent Police have confirmed the incident is being investigated.