The result for the South Thanet seat in the General Election is in.

Taking to the stage after the announcement Mr Mackinlay alluded to the timing of the CPS charges and went on to thank the voters for their “continued trust.” He said despite the loss of many Tories across the country he hoped a Tory government would be formed to take forward Brexit negotiations.

The South Thanet campaign was more low-key than in 2015 but was still hit by controversy when Mr Mackinlay and two aides were charged by the CPS in relation to election overspend claims just seven days before voters went to the polls. 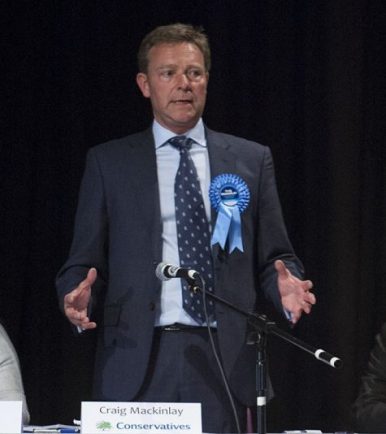 He added: “It has been an extraordinary election. The events that have taken place in the last few weeks, we would hope to never see again. It is a tribute to the British people and spirit of this country that we went on to hold a free and fair election in the teeth of those who would stop us doing so.

“I have a job of work to do and it is not yet finished.”

In neighbouring Dover Tory Charlie Elphicke held the seat but in Canterbury fellow Conservative Julian Brazier lost his seat to Labour’s Rosie Duffield by less than 200 votes. The constituency had been a Tory stronghold for more than 150 years.

At the 2015 General Election 30% of people did not use their vote. More people didn’t vote than voted for any one party. 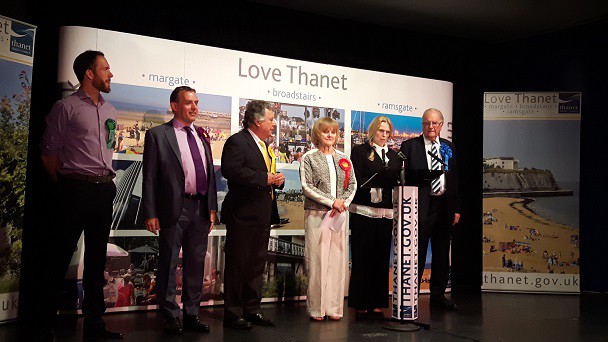 Result speeches 2015
Prophet Zebediah, real name Robert Boaler, also raised eyebrows with a curse-filled rant.
The result announcement in 2015 was marred by an angry departure from Nigel Farage who swept from the stage during a speech from third placed candidate, Labour’s Will Scobie, and then held a press conference to announce his (first) resignation. He was back in the top role shortly afterwards.