Plans for a mega-event in Ramsgate next year are underway following the success of the Spring Spectacular on Bank Holiday Monday.

Audiences were wowed by flips, “Fakie Nose Manuals”, “Flairs” and “Footjam Tailwhips” all performed on a state of the art custom display rig. 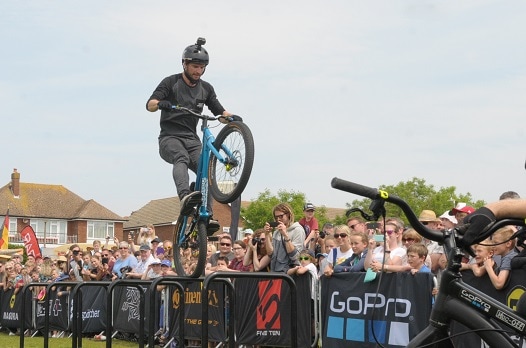 Visitors had travelled from across the UK to watch the show but none had travelled further than a family who had come from Australia so their son, Alexander, could see the show and meet his idol, Danny.

Aerial displays from the Biggin Hill Heritage Hangar included a spitfire and hurricane performing together, a moving tribute to “Operation Dynamo”, the nine day wonder of the evacuation of Dunkirk in late May / early June 1940. 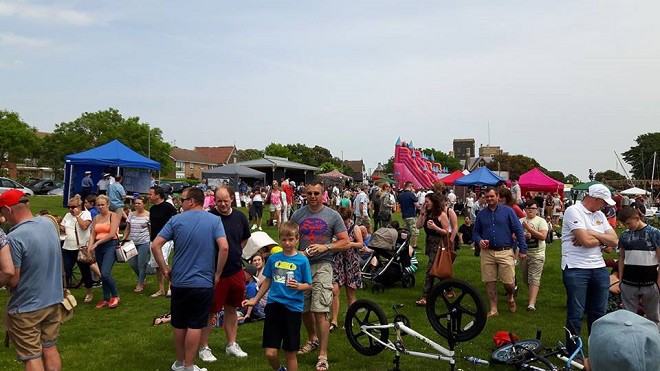 An eclectic mix of 50 trade stands plus catering units and a massive funfair ensured that families enjoyed their day.

Event organiser Robin Martin, from RM Consultancy, said; “I am humbled at the support and kind words which this spectacular has brought. Event partners and sponsors have shown great faith and belief in myself and the team to organise and deliver such an exciting day’s entertainment and the people of Thanet have responded magnificently.

Here are a couple of fun clips from our ride in Ramsgate the other night… @DropandRollTour #streettrials pic.twitter.com/Hqxolf6wr2

“A 30 second video put out by Danny MacAskill filmed on the bandstand on the East cliff in Ramsgate and put on his facebook channel has 300,000 views, 1,200 shares and 9,500 likes. That is great not just for Ramsgate but for Thanet in general.”

Mr Martin confirmed work on the 2018 event has already begun.