Efforts by Ramsgate Town Council and groups to raise enough cash to keep a unique American Navy gunboat in the Royal Harbour appear to have failed – after the owners revealed the mooring fees have now more than doubled.

Barry Field and John Brown, owners  of the 1950s USN P22, which has a starring role in blockbuster movie Dunkirk due out this Summer, announced they would leave the harbour on June 24 due to being unable to meet mooring costs of £650 a month. 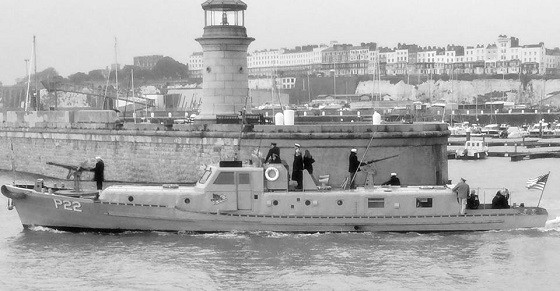 The move was to ensure the P22 remained in Ramsgate until the end of the Summer, meaning it would be in place for the release of Dunkirk – starring actors including Kenneth Branagh and singer Harry Styles – on July 21.

But Mr Field has said that despite all the efforts they will still have to quit Ramsgate to head for a new base at Sandwich this month after being told that the mooring charge will now more than double to £1,350 per month as it is being recalculated on the Summer visitor rate.

Mr Field, who owns Sandwich Marina, said: “It will be backdated to April 1 this year which means that if we stay to September we will be charged £7,750.00 or thereabouts which is beyond my ability, even with the £1,100 grant from RTC. 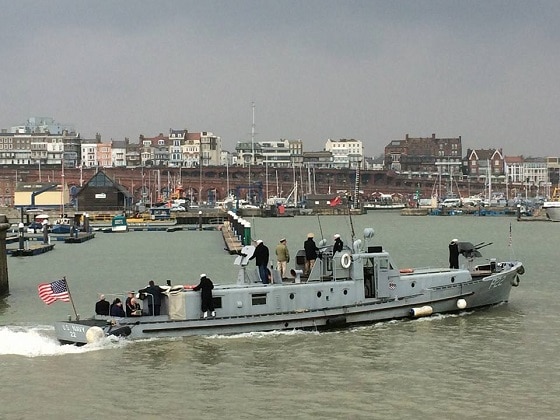 “Because of TDC charges we are now committed to moving to Sandwich where we are wanted and encouraged, which will be a sad failure of my plan to help the Thanet towns as a unique tourist attraction.

“I think it is just criminal. We are not in this for money, we are here because we think it is the right place. There is no harbour anywhere in this country that has an American boat that the public can go on, from a business and tourism point of view it is unique and it has a unique history.”

It has been moored up at Ramsgate since last year but will now leave, as originally planned, on June 24 for a place at Sandwich Quay. 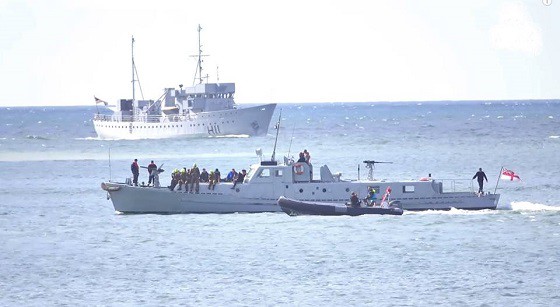 Sandwich and Dover councils will provide the P22 with a secure walk-down pontoon, will make arrangements for a special showing of the Dunkirk movie in the town and are aiming to give a £1,000 grant towards the £2,000 per year berthing costs.

Mr Field said: “To be forced out of Ramsgate is really disappointing but we hope to keep links with the town council and groups.

Mr Davis, who runs the Ramsgate Action Group, said he and others will continue to make efforts to retain the P22 in Ramsgate, even part time, and hope to be able to set up a Friends group covering both the town and Sandwich, to support the gunboat.

The P22 will moor up at Sandwich Marina until Tuesday (June 27) when there will be a formal reception to mark its arrival to permanent moorings at Sandwich Quay. 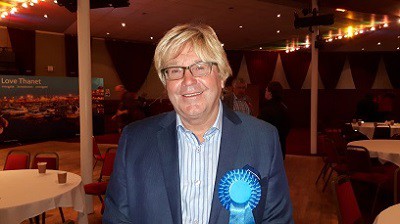 “The owner was/is prepared to offer this wonderful vessel for the benefit of Ramsgate but it’s now Dover’s win and Ramsgate’s loss folks – I’m gutted! I’m sorry but the boat owner cannot afford the £1300 per month mooring fees levied by TDC.”