Pupils and staff at Newington Community Primary School in Ramsgate held a balloon release to celebrate an Outstanding Ofsted rating and a service to remember deputy head Jo Kettle.

Around 800 biodegradable balloons were released to celebrate the top Ofsted rating which is the best outcome the school has ever had.

Ofsted inspectors described Newington  school as “exceptional” in a report that concludes every aspect of learning and care is “outstanding.”

Pupils cheered as they sent commemorative balloons soaring to create a cloud of blue and yellow, the school’s colours.

Children from each class lined up on the playing fields in groups, spelling out the word ‘Outstanding,’ which was filmed from above by an airborne drone taking pictures and footage for streaming online and the school’s website.

Before the balloon release, celebration parties were held by pupils in their classrooms with fruit and cakes.

A commemorative flowering Magnolia tree was also planted in the school’s ‘quiet garden’ and a garden bench was unveiled, both in memory of deputy head teacher and mum Jo Kettle who died in November last year after a short illness aged just 35. 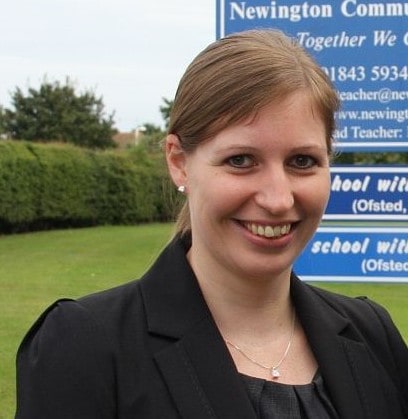 Head teacher Cliff Stokes said: “The parties and balloon release were a lovely way for our children to celebrate. It is something they will always remember. 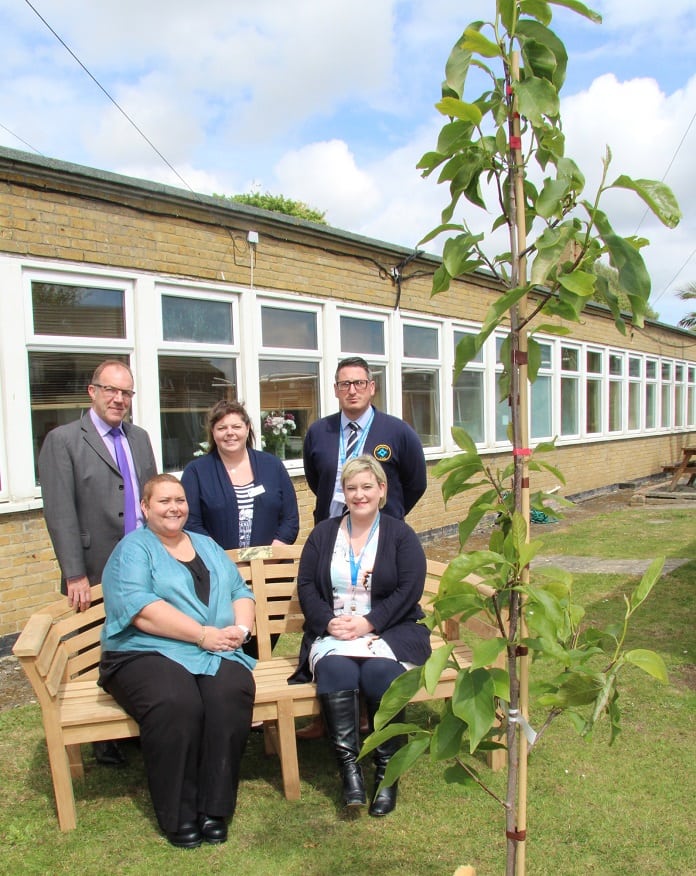 “Jo is always in our hearts at Newington and we chose the same day to plant the tree and unveil the seat in her memory so that she was very much a part of our Ofsted celebrations. Her contribution to the development of our school community will always be acknowledged.”

But the event, which also raised £500 for Pilgrims Hospices, attracted some criticism over the environmental impact of the balloons.

Mr Stokes said the school had received correspondence from Cllr Brimm. In his response he told the councillor, who is the council  portfolio holder for waste, that: “In order to protect the environment we made sure that we had ordered biodegradable balloons.

“We felt that it was a symbolic and appropriate act for the children to celebrate the life of a much-loved teacher, as well as the outcome of our inspection.

“I can assure you that we will, in future, really consider the appropriateness of any further balloon release.” 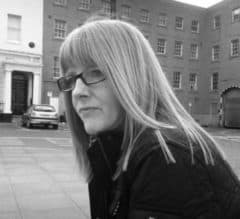 Cllr Brimm said: “The balloon industry regulates itself and sets its own guidelines, how can that be right? They need to be regulated by an outside body.

“They mislead people with regards to biodegradable balloons, as they actually take up to five years to degrade and the damage they cause to the environment and wildlife in that time is disturbing. The Marine Conservation Society reported a 50% increase in balloon related litter this year so this problem is not going away.

“There are so many alternatives to remembering a loved one, like planting a tree, a  memorial bench or even blowing bubbles. It’s a sensitive and difficult conversation to have but one that I feel is absolutely necessary. I wish Newington Community Primary School staff past and present congratulations on their continued  success and am glad that they are going to research into the affects of any future balloon releases.
“Legislation needs to be changed with regards to littering because essentially balloon releases are littering. There are just so many reasons not to have a balloon release, we really need to raise awareness.”
Cllr Brimm, who is also a member of British Divers Marine Life Rescue, says she aims to continue to campaign to raise awareness of the issue.